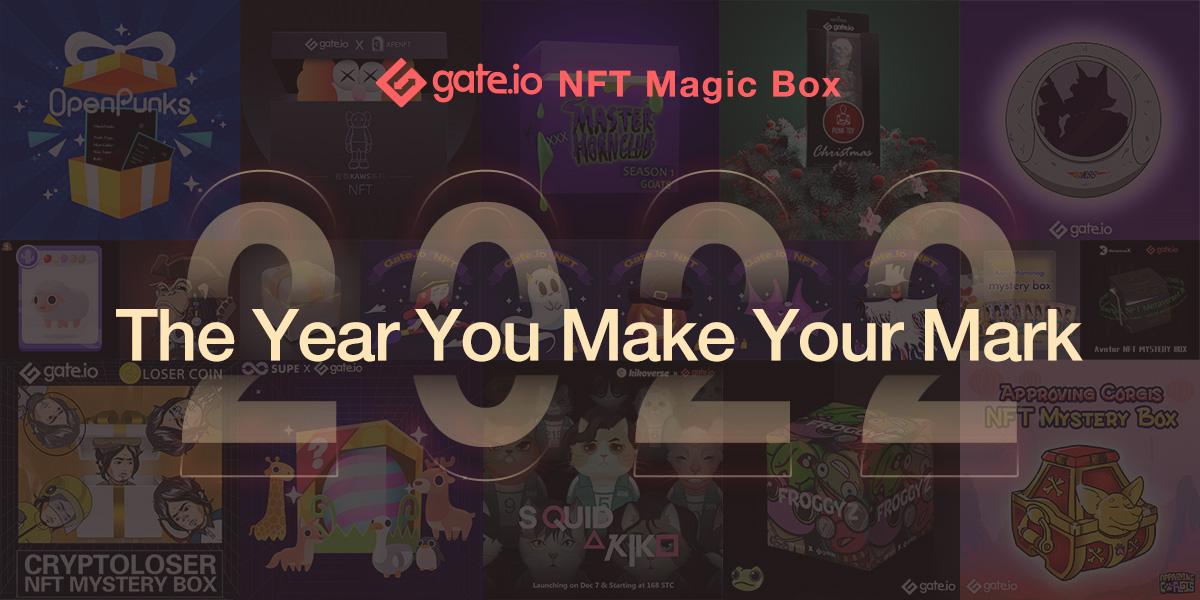 In April 2021, Gate.io launched their NFT Magic Box marketplace. In the time since, the platform has made great strides as the global NFT market saw rapid growth. Here are some of the major milestones NFT Magic Box reached over the last couple of months.

Since its launch, NFT Magic Box has enabled the sale of over 100,000 NFTs, with more than $4 million in profit for traders. At present, NFT Magic Box sees an average of more than $800,000 in monthly volume, with users able to perform trades using either its ‘buy now’ instant sales or through auctions.

Going into 2022, NFT Magic Box continues on a path to cater to and support artists and creators in the NFT space. Besides planning collaborations with celebrities and the expansion of the INO platform, NFT Magic Box will partner with Gate Ventures to provide funding for emerging projects, ensuring promising, quality projects are featured on the platform.

Through its Art United support program, the platform already has over 20 exhibitions planned in an effort to support and grow the NFT space, while giving artists exposure to a whole new generation of art enthusiasts. Furthermore, the company aims on focusing more on large sporting events such as the upcoming Winter Olympics and FIFA World Cup – so, mark your calendars and get ready to collect.

Gate.io is a leading digital currency exchange with over nine million users in 190 countries across the globe. The exchange offers over 1,200 coins and tokens to trade using spot, margin, futures and contract trading in addition to decentralized finance products through HipoDeFi, services through Wallet.io and investments through Gate Labs and GateChain platform. The company also offers an integrated list of products, such as its startup IEO platform, NFT Magic Box marketplace, crypto loans and more.

Diksha Sharma, head of PR and communication at Gate.io