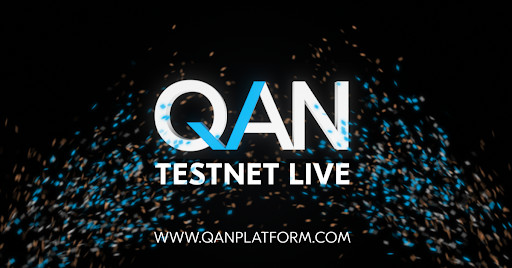 QANplatform is positioned as a game-changing layer one where developers can code in any programming language without learning an exotic, new smart contract language. Developers and enterprises will be able to build quantum-resistant smart contracts, DApps, DeFi, DAO, NFT, tokens, metaverse and web 3.0 solutions on top of the QAN blockchain platform in any programming language they already know.

QANplatform’s multi-language feature will finally lead to blockchain mass adoption and completely new blockchain use cases, which the crypto space has long dreamed about. It makes talent acquisition, development and codebase maintenance more accessible and cost-efficient for enterprises.

QANplatform is the first layer one blockchain that rewards developers after each new smart contract deployment and each public blockchain (mainnet) transaction for a lifetime where other developers reuse their code part.

“We are proud that we created the first economic model for blockchains where smart contract authors are financially motivated to produce well-documented high-quality reusable pieces of software.”

“I’m pleased to announce that QANplatform is the very first Ethereum-compatible, quantum-resistant layer one blockchain platform on the planet. The testnet release is a truly defining milestone in QAN’s lifespan and proof that providing quantum security, yet remaining compatible with 99% of the ecosystem, is very much possible. QAN is the only such solution in the crypto space, and I am very proud of the whole team for making this miracle happen.”