by Ian Kane
in HodlX 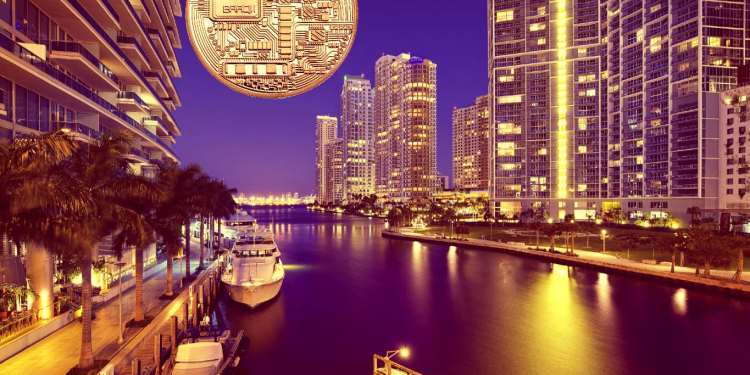 Similarly, Ethereum prices rose from $3,810 to $3,922 following the Fed’s decision. As the Fed signaled that it would stop its Covid-19 era bond purchases this year in March, the prices of global shares also witnessed an increase.

The announcement marked the end of the policies executed by the Fed at the start of the pandemic. The new economic projections suggest that inflation will be 2.6% this year (compared to 2.2% projected last September), and the unemployment rate will be 3.5%.

Increasing short-term rates supported the US dollar against the euro and yen, where the monetary policy is expected to fall behind. The dollar’s value increased by 0.15% against the euro, which went down by 0.11% to $1.1245.

On the other hand, the prices of spot gold dropped by 0.3% to $1,764.91 due to the increase in cash rates. The US S&P 500 stock index was trading up by 0.4% in just 10 minutes of the Fed’s meeting. Morgan Stanley Capital International (MSCI) stocks increased by 0.10%, and the pan-European STOXX index surged by 0.26% after the Fed’s announcement.

The Fed’s announcement came in the light of inflationary developments and labor market improvements. The Federal Reserve decided on reducing its monthly net purchases of Treasury securities by $20 million and agency mortgage-backed securities by $10 million. The chair of the Fed meeting, Jerome Powell, said that inflation is running above the two-percent goal and will continue to be the same in the next year.

Powell said that the Fed is committed to price stability and will use the tools at its disposal to prevent inflation from being entrenched in the US economy. Powell also indicated that cryptocurrencies are not a threat to the financial ecosystem from a financial stability perspective.

Suggesting investors to be well-aware of cryptocurrencies they are investing in, he mentioned that cryptos are a risky investment class because they are not backed by anything. The Fed’s decision to taper follows the Central Bank’s earlier commitment to maintaining an “accommodative stance on monetary policy.”

Elon Musk, the CEO of Tesla, is quite interested in cryptocurrencies. He is active on Twitter to shake the crypto markets with the power of his tweets. In February, he tweeted “Doge,” followed by “Dogecoin is people’s crypto.” These tweets combined increased the value of the popular Dogecoin – inspired by the meme of Shiba Inu dog – by 60%. This led people to invest heavily in this meme coin. So much so that it became one of the top 10 performing cryptocurrencies of the year.

In 2021, China began the first trials of its digital currency that it has been working on since 2014. Since coins and cash are expensive to produce and more difficult to use, digital currencies will alleviate systemic risks in the country’s payment systems. Besides that, a national digital currency will take control of the largely unregulated crypto space dominated by Bitcoin.

After an all-time high of $64,000 in April, the prices of Bitcoin went viciously down in the following months. By July, the prices of Bitcoin fell below $30,000 – thus making a loss of more than 50% in just a couple of months. The reduction in investors’ risk appetite, crackdown on a New Jersey crypto services firm and stock market sell-off were cited as reasons for the downfall of crypto prices.

Weeks after El Salvador made Bitcoin a legal tender, China banned all crypto mining operations and transactions at the end of September 2021. This ban was essential to reduce Bitcoin’s carbon footprint and lead to the mainstream adoption of China’s digital currency. This decision led to the mass exodus of Bitcoin miners from China to the US.

The US Securities and Exchange Commission allowed Bitcoin Strategy ETF to go public in October 2021. This was the first time Bitcoin futures started trading publicly. Even though investors cannot directly invest in Bitcoin, they can learn about the volatility of the asset by investing in Bitcoin futures.

In November, the combination of the fear of inflation and stock market energy. In April, the investors who bought Bitcoin saw a return of about 130% in just a few months. The market capitalization of cryptocurrencies also reached about $3 billion in November.

Thus, we see that the prices of cryptocurrencies are volatile and susceptible to market fluctuations. However, it has not dissuaded investors from investing in cryptocurrencies – instead, they are even more bullish about crypto market growth.

Ian Kane is the co-founder of Unbanked, a global fintech platform built on blockchain. Kane has worked in technology and digital media for over 10 years, with a heavy focus on business development, sales and strategy. His diverse professional background enables him to bring unique insight and experience to every challenge he takes on.