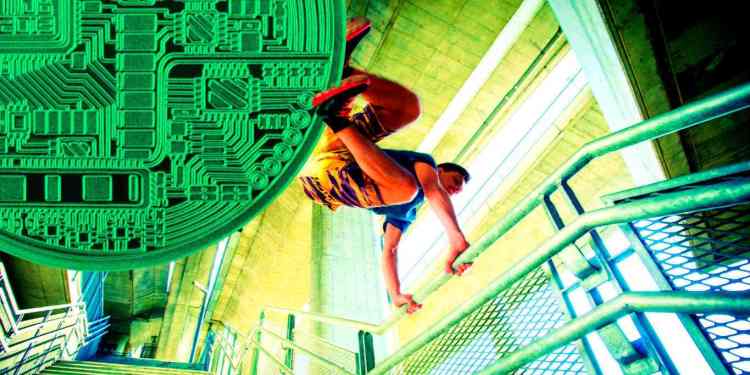 Florida Governor Ron DeSantis isn’t fazed by the recent volatility in cryptocurrency, which is widely aligned with a broader dip across markets. From the uncertainty around Covid-19 and the budding situation in Ukraine, the markets have been undeniably affected.

But the southern governor continued to press onward, supporting a pilot program that would allow Florida businesses to pay state fees in cryptocurrency. His budget recommendations last month included $200,000 for DFS to run such a pilot program.

From his perspective, Miami has opened the door to being a haven for digital assets under Mayor Suarez.

His spokesperson doubled down in an email after the recent dip, adding,

“We always want Florida to be ahead of the curve, and we see the potential for cryptocurrency adoption, so it makes sense to offer the option to pay state fees in cryptocurrency – regardless of how much it fluctuates in an arbitrary time period.”

While some noted that the volatility of Bitcoin could mean that the state had less spending power after a dip, the inverse is also true. Cryptocurrencies that were held during an upswing would allow for increased spending power. The governor’s office had a solid answer in relation to the recent movement.

In an email, DeSantis’ spokesperson wrote,

“Bitcoin and other cryptocurrencies are still relatively new and not widely adopted yet. They are still in the price discovery phase, meaning that prices will continue to fluctuate as investors, regulators and users around the world influence supply-and-demand dynamics.

Every day, more people around the world start buying and using cryptocurrencies. The more people own and trade an asset, including a cryptocurrency, the higher its market cap goes. The higher an asset’s market cap, the more difficult it becomes for any one investor to move the asset price. So as a general rule – the wider the adoption of cryptocurrencies, the less volatile their prices will become over time.”

It is a common-sense enough statement, but in a world where the government doesn’t always have the keenest understanding of the blockchain industry – or even of business in general – one should feel some cheery optimism that the governor of one of the largest states isn’t afraid to stand his ground.

The question should be simple – is the technology good? If the answer is yes, then the asset’s short-term volatility isn’t remarkable. Just as one wouldn’t judge the long-term potential of blue-chip stock based on a down month of the market generally.

That makes sense to many investors in digital assets, and most folks reading this column know that cryptocurrencies and digital assets are here to stay, as is blockchain technology. However, politicians aren’t always moved by the same common sense as the rest of us. Instead, they are often moved by politics – especially in an election year.

It would be easy to jettison this pilot program as Bitcoin saw a price reduction. Budgets change often throughout the process. But in Florida, that’s not what happened. Governor DeSantis stood his ground. And that’s a boon for digital assets.