This Ethereum Competitor Could Flip Both ETH and Solana (SOL), According to Altcoin Daily 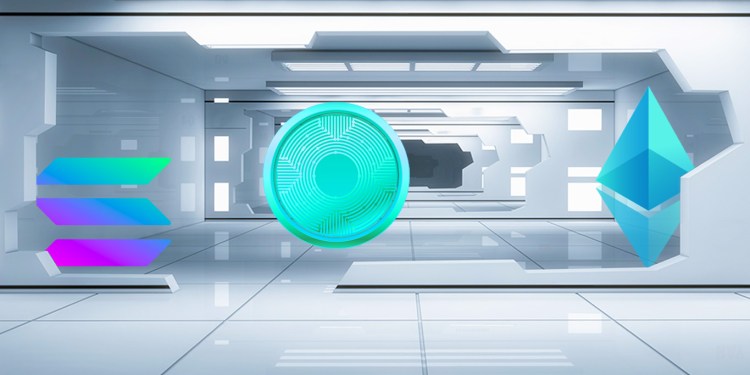 Crypto analyst and host of Altcoin Daily Aaron Arnold is eyeing a popular layer-1 smart contract platform to possibly have a breakout year in 2022.

In a new video, the closely followed trader tells his 1.21 million subscribers that Avalanche (AVAX) looks primed to give fellow Ethereum (ETH) competitor Solana (SOL) a run for its money as Solana rebounds from network overload issues last month.

“I think [Avalanche] has the potential to flip Solana, whether it’s in the short term, mid-term, or long term.

I think it has a strong potential future.”

“Obviously Ethereum is the leader for layer-1, open-source DApp [decentralized application] platforms, but… daily transactions of Ethereum and AVAX, the difference here is now just 3% or 33,000 transactions.

AVAX is looking like it’s about to flip Ethereum in transactions, which is a pretty big deal, pretty big metric.”

Arnold next highlights the variety of niches within the crypto space that Avalanche now services.

“The AVAX ecosystem [is] one of the biggest in the space. Huge DeFi [decentralized finance] sector bringing over tons of people from Ethereum’s DeFi sector.

AVAX is certainly one to watch.”

The YouTube personality also mentions how Avalanche is taking a cue from Ethereum’s successful token-burning mechanism.

“It’s worked out so well [for Ethereum that] AVAX is… doing their own version where they have their own burning mechanism as well.

Bull case for Avalanche is that it has a fixed-cap supply like Bitcoin. Not as decentralized as Bitcoin but its tokenomics are similar in that it’s fixed and capped, unlike Ethereum which is not capped.”

“I want you to put AVAX on your radar today as a possible 2022 gem.