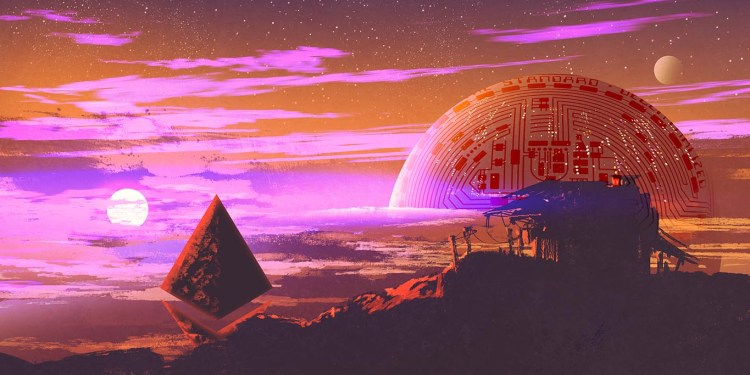 A top crypto analyst and trader is issuing a warning that Ethereum (ETH) and other altcoins could see lackluster performances as Bitcoin (BTC) continues to rally.

Pseudonymous analyst Credible tells his 307,500 Twitter followers that he believes Bitcoin is in the midst of its fifth-wave rally, where BTC potentially prints a new all-time high around $80,000.

According to the crypto strategist, he expects altcoins to suffer during this rally as Bitcoin attracts most of the liquidity in the crypto markets.

“My thoughts on BTC dominance at this time. Long story short – BTC outperforms during initial stages of our final fifth wave impulse, alts steal the show after that as BTC tops, [and] dominance makes a new all-time low before this is all over.”

Credible adheres to the Elliott Wave theory, a technical analysis approach that forecasts future price action by following the psychology of market participants that tends to manifest in waves. According to the theory, the fifth wave is the final leg of the bull market.

Meanwhile, the Bitcoin dominance Index measures the valuation of BTC in relation to the market cap of all other crypto assets. Looking at Credible’s chart, he expects BTC dominance to surge in the coming months, suggesting that Bitcoin’s value will either grow faster than altcoins or that alts will correct as the leading crypto rallies.

With Bitcoin bouncing from its 90-day low of $33,184, Credible believes that all eyes will now focus on BTC.

“Starting to feel as if BTC is going to suck the life out of alts in [the] immediate short/mid term (coming weeks) if we do breakout soon. As tempted as I am to move funds into cheap alts here, I think the right move is to focus on BTC for now and focus on alts a little later.”

Credible also says that he’s looking at Ethereum against Bitcoin (ETH/BTC) as an indicator of how altcoins, in general, will perform in the short term.

“ETH/BTC has now closed UNDER green level, which means the breakout was probably a fakeout. Expecting more downside. Lines up with [the] expectation that BTC is gearing up for a run and alts will take [the] initial hit.”