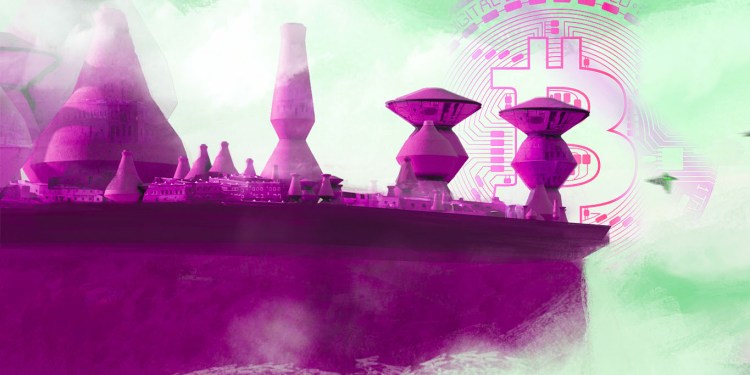 A popular crypto analyst is laying out a road map for where Bitcoin (BTC) is headed in the coming months as well as the rest of 2022.

In a new strategy session, Nicholas Merten tells his 510,000 YouTube subscribers that despite Bitcoin’s dramatic fall from a November all-time high (ATH) above $69,000 to under $34,000 on January 24th, it has actually held up better than expected by not dipping below the $30,000 mark.

“To see since back here in January, since the discount revisited this range, that we aren’t getting any close retests down to $30,000 or $25,000 as a lot of people we kind of taking a perspective on. We’re seeing instead that buyers are coming in at higher premiums and they’re buying up the dips quite quickly.”

The DataDash host believes BTC’s ability to hold the line and then recapture $40,000 could mean the leading crypto will surge back toward its previous all-time high within the next two months.

“What I think is really incredible about all of this is that we’ve not only got the setup to really start chartering higher here… it might mean that over the next coming weeks we could really be back into [the] territory of where we’re revisiting back towards this previous resistance range [$65,000], the previous all-time highs.

I would bet… that this is something we’re probably going to see in April.”

Merten says that while some investors were waiting for the absolute cheapest Bitcoin bargains, optimistic bulls chose to pull the trigger and lock in their BTC rather than miss the next rally.

“Some other bulls in the market, who aren’t waiting around, the smart money in this case, decided to just go in and start buying, and they’re doing it a lot quicker than the last time.

What we need to see here, roughly speaking, is a retest here, a third higher high in price. Higher than the previous ones in the past.

And eventually, we might have some kind of pullback that’ll scare people. I don’t think it’s going to be anywhere significantly close to what we’ve seen [in late 2021] because the trend is getting stronger.”

The chart analyst looks ahead toward the end of the year for Bitcoin to not only finally breach the $100,000 level, but possibly double that price by November.

“The prices are going to start moving higher, getting back above this previous resistance range, setting in new all-time highs, and potentially making that range support and having one final spring-up rally going into the close of the year sometime in November.

That’s our target. We’ve been talking about Bitcoin reaching $150k, $200k in that time frame.”