Polkadot (DOT) Could Become One of the Top Crypto Assets of 2022, According to Coin Bureau 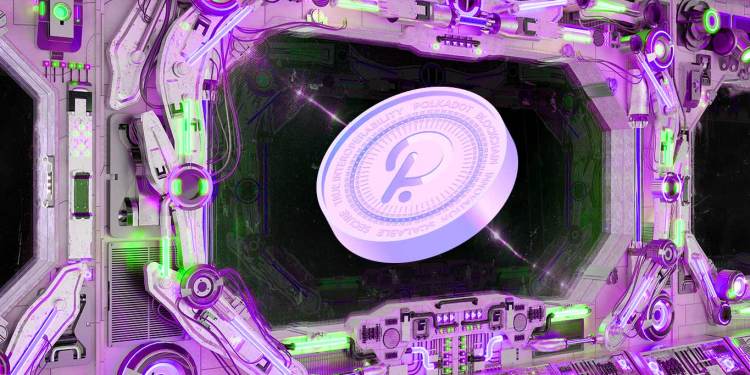 A widely-followed analyst says blockchain-interoperability altcoin Polkadot (DOT) has the potential to be one of the top crypto assets of the year.

In a new YouTube update, Coin Bureau’s pseudonymous host Guy tells his 1,950,000 subscribers that DOT has a steep upside in 2022.

According to Guy, traders expected Polkadot to reach a much higher price in 2021, but DOT failed to reach anticipated levels due to several factors.

“Despite all of Polkadot’s developments, updates, and announcements – DOT hasn’t done much in terms of price and is actually down almost 50% since I last covered the project in October [2021]. This is for a few reasons.

For starters, the crypto market has been down since November, and crypto investors have been feeling very uncertain due to various macro factors. When this happens, money tends to flow from altcoins into BTC, and this is exactly what we’ve seen…

DOT is the most popular cryptocurrency among institutional crypto funds besides BTC and ETH – and by a wide margin, compared with other altcoins. As it so happens, institution investment vehicles for crypto have seen record outflows since November, especially those for altcoins, like DOT.

While inflows to these institutional investment vehicles have started to pick up in recent weeks, most of this money has gone to BTC and ETH, with altcoins like DOT lagging behind.”

Guy turns his attention to DOT’s circulating supply, which he says is restricted enough to be positively influenced by a small amount of investor demand.

“The good news is that DOT’s circulating supply hasn’t increased by much… Only about 50 million additional DOT entered circulation since October. Some of this DOT likely came from the Web3 Foundation, which gave grants to over 100 Polkadot projects last year. The rest probably came from a combination of staking rewards and selling by early investors, given that their DOT allocations have been fully-unlocked since January [2021].

This increase in supply is minimal compared with the massive amount of DOT that has been locked up in Polkadot’s parachain slot auctions. If my calculations are correct, almost 150 million DOT has been locked up so far. This works out to about 15% of DOT’s circulating supply. When you add that to the 52% of DOT that is currently being staked with a 28-day lockup, you’re left with a very small supply of DOT that can be traded – and this supply restriction means DOT could pump a lot with just a little bit of demand.

The only question is where exactly this demand will come from. Besides parachain slot auctions, there aren’t really any other demand drivers for DOT for the time being.”

Despite the lack of current price drivers, Guy remains optimistic about investor demand for DOT in 2022. According to the analyst, a small amount of demand could send DOT to new all-time highs.

“With a bit of luck, though, Polkadot’s upcoming interoperability protocol will create enough demand drivers for DOT across its ecosystem to cause some positive price action.

Polkadot is currently trading for $19.59, down less than one percent on the day.