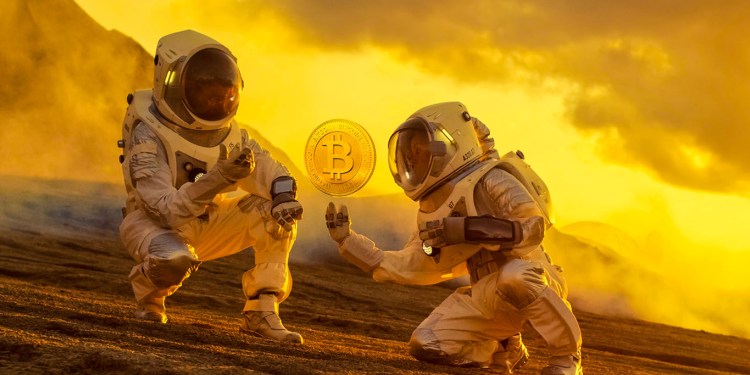 A widely followed crypto analyst is assessing where Bitcoin (BTC) stands halfway through the first quarter of 2022 as well as when crypto investors might expect to see a rally for altcoins.

In a new strategy session, Benjamin Cowen tells his 712,000 YouTube subscribers that while he’s not particularly bullish on Bitcoin in the short term, he’s limiting his analysis to Q1 only and not looking ahead to the rest of the year.

“My general outlook for Q1 is bearish for Bitcoin, or neutral at best.

The best-case scenario I can imagine would be Bitcoin closing Q1 at around the place that it opened, so around $46,000.

Cowen explains how he manages risk in an environment where several macroeconomic factors influence the crypto markets, including the altcoin markets.

“I see quantitative tightening, we see a lot of macroeconomic uncertainty, we see the dollar still above its own bull market support band.

We see Bitcoin below its bull market support band. I cannot look at those conditions and say that it’s the best scenario for altcoins. And the reason I say that is not to make you feel bad, but I have to be honest and say look, this is just the way it is.

Right now altcoins are very fragile when Bitcoin’s below the bull market support band, potentially because of all this economic uncertainty, and also the Nasdaq and the stock market. The S&P has been selling off recently.”

Cowen goes on to explain what he thinks the ideal situation is for altcoins in relation to BTC.

“Altcoins do the best when Bitcoin is going sideways above its bull market support band, like [in May and September] of 2020 or in early 2021 or in later 2021.”

The chart guru concludes his analysis by discussing whether there will even be an altseason in the coming months. Cowen mentions that many altcoins didn’t rise in conjunction with Bitcoin’s recent $10,000 rally.

“If Bitcoin were to drop another 10% or 20%, then the altcoin valuations against the US dollar would likely take out their prior lows [from] back when Bitcoin was at $33,000.

The reason it’s important to think about that is… if you’re looking to allocate capital into cryptocurrency… you should consider the potential scenario where Bitcoin remains below its bull market support band.

If it does, then we’re not likely to see an altseason immediately.”

Cowen adds that if BTC does experience a best-case scenario and surpasses the bull market support band,

“If that happens, you would still have plenty of time to buy altcoins when the market isn’t as fragile.”