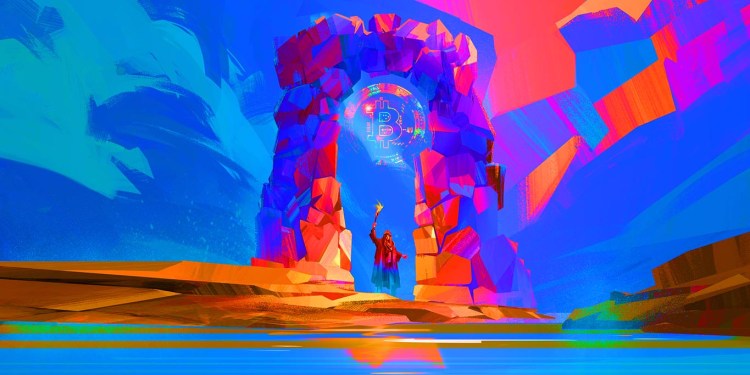 The global macro director of Fidelity Investments, Jurrien Timmer, is optimistic about Bitcoin’s (BTC) price growth over the long term.

The executive of the financial services titan tells his 99,100 Twitter followers that Bitcoin’s volatility as it trades in a wide range between $30,000 and $65,000 is mostly “noise.”

“Bitcoin has been in a choppy trading range for almost a year now, bouncing between $30,000 and $65,000. The up-or-down debate continues to be a favorite hobby for many, but it’s mostly noise.”

Instead of looking at Bitcoin’s price action, Timmer says investors should look at the growth of BTC’s network.

“What matters most is where the demand curve is going, and the answer continues to be ‘up and to the right.’ Below we see that the number of Bitcoin addresses (with a value of more than zero) continues to move higher, following a simple power regression curve.”

Taking the growth and valuation of Bitcoin’s network into account, Timmer says that the price appreciation of the flagship cryptocurrency has so far obeyed Metcalfe’s Law.

The law, which originally applied to the computer and telecommunications industry, stipulates that a network’s value is proportional to the square of the number of the network’s users.

Going forward, the global macro director of Fidelity Investments says that Bitcoin’s trajectory is likely to mirror the growth of mobile phone subscriptions and internet adoption, suggesting a sustained price increase for BTC in the coming years.

“So what’s next for Bitcoin’s demand curve? Below are two possible measures based on historical S-curves: mobile phone subscriptions and internet adoption. They show different slopes, but suggest a similar overall long-term growth path.”