Explosive Mid-Cap Altcoin Will Become One of the Largest Crypto Assets on the Market, According to Coin Bureau 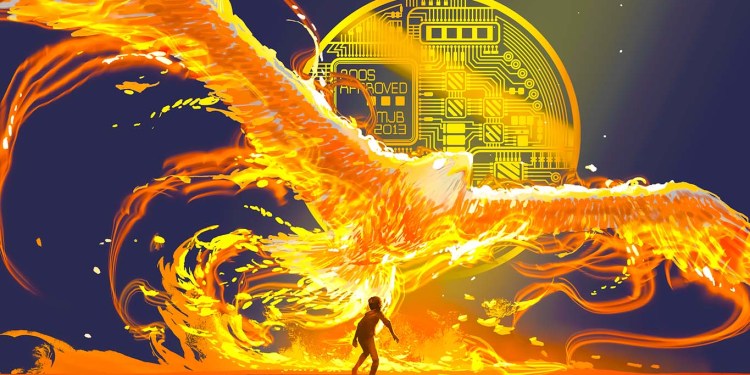 A popular crypto analyst says this 5G mobile hotspot altcoin is bound to eventually become one of the biggest cryptocurrencies.

In a new YouTube update, pseudonymous Coin Bureau host Guy tells his 1,960,000 subscribers that Helium (HNT) will one day rise above the competition.

“Helium may have a hard time in 2022, but to me, it’s a no-brainer that HNT will eventually become a top cryptocurrency.”

Helium is a decentralized network for the Internet of Things (IoT). By supporting smart contracts and enterprise applications, Helium allows IoT devices connected to the network to communicate and share data. The HNT token rewards participants such as wireless hotspot operators and validators.

Guy says Helium’s recent rise through the rankings is despite the altcoin’s aggressive tokenomics, not because of them.

“All these updates, announcements, and developments have taken HNT on a tear. And though it’s fallen more than 50% from its all-time high, it’s still in a strong uptrend. This is actually somewhat surprising given HNT’s tokenomics…

HNT’s initial inflation is fairly aggressive, with its supply going from 0 to 150 million in its first four years. If my calculations are correct, HNT’s circulating supply has increased by about 14 million in just the last four months. Assuming an average price of $30, that’s $420 million of potential sell pressure.

While it’s very unlikely that all of this newly minted HNT was sold, 35% of it went to the holders of Helium’s 10,000 security tokens as per the initial distribution schedule… A recent interview with Helium COO suggests most of the [those tokens] are held by Helium’s investors rather than the team.

What’s interesting here is that one of Helium’s biggest investors is Multicoin Capital, and it is insanely bullish on Helium as a project. As such, it is safe to assume that it isn’t selling too much HNT if any. Even so, a substantial chunk of HNT’s newly minted supply was likely sold because that remaining 65% is going to validators and Helium hotspot operators as rewards.

Funny enough, it looks like the biggest buyers of HNT have actually been Helium validators and hotspot operators – almost 1,000 validators have been added since October, and each one must have purchased at least 10,000 HNT. If you do the math, that’s almost 10 million HNT or $300 million of buying pressure.”

Guy explains that the growing network has added hundreds of thousands of hotspots in recent months, creating even more buying pressure for the mid-cap altcoin.

This speculative investing has declined as the crypto market has struggled. But – recall that there are still around 2.4 million hotspot devices waiting to connect to Helium’s network. This means HNT is basically guaranteed to see a minimum of $100 million of buying pressure in the coming months, which is a lot for an altcoin with a market cap of around $2 billion.”