How Will Sanctions Affect Russia, the World and the Crypto Market?

by Elena Obukhova
in HodlX 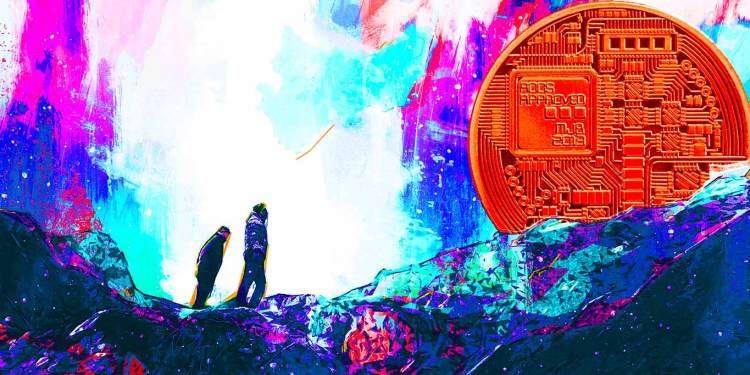 International sanctions are designed to hurt the country as a whole, and as a result, innocent people and small businesses are the most affected. They rarely hurt those who are ‘in charge.’

Ukrainian and Russian people woke up to a war that neither of them agreed to. Russia faced immediate international sanctions, falling stock markets and crashing national currency that exceeded 100 rubles per one US dollar (trading at 84 at time of writing). Five major Russian banks, including the largest and state-backed banks like Sberbank and VTB, fell under sanctions. They’re also being excluded from the SWIFT system.

Many Russian people, including those living abroad, were unable to use their Russian bank cards and access their funds. Could it be a coincidence that the crypto market grew approximately 10% that day following nationwide fear and the bank run? I don’t think so.

Putin decided to attack Ukraine without anyone’s permission. The governments in Latin America had been closing peoples’ accounts and seizing the funds without their permission in the past. Money stored at the bank is not your money. It belongs to the government and the bank until or if you’re still able to claim it. If you store your crypto securely in your cold wallet and hold your own keys, your capital is far more protected. Your money is your money as long as it is in crypto.

I wrote multiple articles on crises in Latin America where people’s funds were taken away from them, US dollar accounts were frozen, savings were seized to repay the government’s debt. For example, in 1982 the Mexican government closed all US dollar accounts and automatically transferred all funds to pesos. People lost approximately 30% of their savings because of the currency exchange and drop in peso value.

The Argentine government also has a history of introducing restrictions and policies. In 2001, for instance, all US dollar and peso accounts were frozen for 90 days, and people could only do small withdrawals from peso accounts. Later in 2008, the government seized pension funds due to a large financial crisis.

That’s why fast-growing crypto adoption in Latin America was never a surprise to me. People understand how important financial freedom is.

Sanctions will cause massive damage to the Russian economy that we’re yet to see. Russia was always an interesting country from a fintech adoption perspective where you don’t need cash at all. Crypto adoption was always quite high. I’m still recalling going to a blockchain conference in 2017 in Hong Kong and hearing Russian speech everywhere.

I believe this 10% increase in the crypto market wasn’t a coincidence. Russian people were and will be transferring their funds into cryptocurrency, claiming ownership over their funds and disconnecting the corrupt and repressive government from their money. This is an awakening time for people worldwide to appreciate the financial freedom and independence that can be achieved with crypto.

It’s frustrating that it took a war for Russian people to go out to the streets and fight against the government that was damaging the Russian economy for years. Putin is responsible for putting innocent people resisting the regime in prisons, taking over the media and making its precious talents flee the country.

We can deny our fault in every horror happening, but the truth is we’re partially responsible. We’re the ones giving power to people committing horrors. We’re also the ones with the potential to take this power away.

Elena Obukhova is an entrepreneur, business strategist, crypto and NFT expert and a keynote speaker who published more than 30 articles in the space and was featured as one of the most powerful women in blockchain several times. Elena is a founder and CEO of FlashBack.one, the first NFT ticketing platform built on Avalanche. Elena is also a founder at Fintech Advisory Services (FAS), a global consulting ecosystem that offers full cycle of marketing and business development to scale businesses.