Can the Metaverse Displace the US As the World’s Top Immigration Destination? Sound Tokenomics May Be the Key

by Ben Caselin
in HodlX 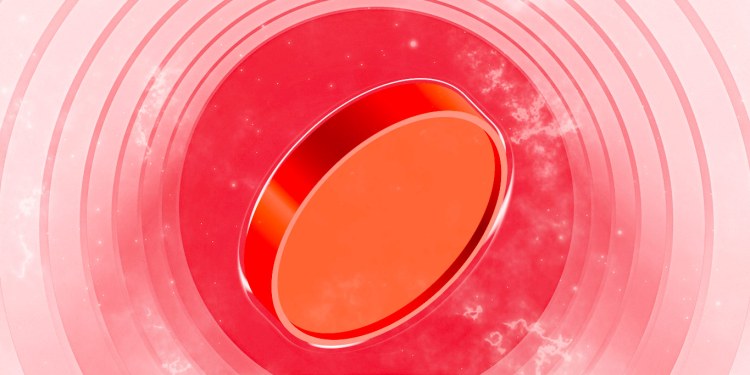 The US is still the world’s single largest destination for immigration, with much of its lore built on a promise of freedom.

There are many forms of that word, of course, and all hotly debated in political spheres. However, the version that most often gets people to actually pick up and move – beyond being forced by wars or persecution – is an economic one. And economic freedom isn’t just one thing, it entails a complex mix of earning potential, ownership, mobility and self-determination.

Immigration to the metaverses, with numbers to rival the US, will build on the same ideals, which all pair very well with blockchain and digital assets. For this to work, however, sound tokenomics is critical.

The metaverse already exists. Most aspects of a universal digital experience that Neal Stephenson envisioned in his 1992 novel, ‘Snow Crash‘ (where ‘metaverse’ was first coined), can be found on the internet itself. All around the world software and hardware devices talk seamlessly to each other and immersive multiplayer games act as popular entry points.

Game iterations such as Second Life, World of Warcraft or Minecraft have proven that digital worlds are attractive and can draw critical mass. Their popularity has made the trade of game accounts, characters or other accessories an inevitable economic evolution, even if controversial at times or even against the games’ own terms of service.

Since then, millions of people have joined P2E platforms, such as Alien Worlds, Decentraland or Axie Infinity. Here they play, earn and have the added freedom to take assets beyond the game’s boundaries.

Currently, in-game tokens can be traded on decentralized as well centralized exchanges, thereby linking micro-economies to a larger crypto liquidity pool. But that is just the iceberg’s tip. Work on cross-chain interoperability, where tokens and other virtual assets – including identities – can be transported across games and chains is in early stages but we can already see why this is set to be a game-changer.

Interoperability is key to opening a virtual parallel to immigration. It represents the draw of economic freedom and mobility.

Stories of people making a living with blockchain games – attaining higher income than what they could earn locally – are not hard to find. While the valuation of game assets may be minuscule compared to Bitcoin, they don’t need to be astronomical to spark migration away from real-world jobs. Incomes only need to exceed local averages, which can be as little as $15 a day in emerging markets.

Metaverse immigrants may not leave home, but they will exit the local labor pool. And like non-virtual immigrants, odds are they won’t return. That may or may not be problematic for local economies in terms of payroll tax or local consumption. On the one hand, metaverse immigration could act as a brain drain. On the other, it could act as a magnet, attracting higher-paying jobs to new and diverse markets.

The internet makes online games universally accessible. But interoperability of digital assets – or the freedom to move them between games or environments – is what transforms a collection of walled gardens into something more singular. This is already possible with centralized crypto exchanges, but within the gaming world, such functionality is still a ways off. However, this is the direction.

And what’s good for gamers could work for gig jobs too or even whole corporate structures. The pandemic has demonstrated just how much remote work – especially high-paying knowledge work – can be done virtually. It’s not a far leap then from video games to virtual workplaces. Or even paychecks – at least three US city mayors have asked to receive pay in Bitcoin.

Once livelihoods become embedded in the metaverse, economic lives can follow. Typically, economic migrants are not politically recognized. That is, fleeing poverty doesn’t afford the same rights of asylum that people displaced by war or persecution receive. Still, economic migration is massive, and if the metaverse can absorb some of that, then we can see digital assets as an avenue for local wealth generation, which can be a powerful counter to tough issues around migration.

But having a draw is not enough. Keeping virtual migrants – or metagrants or metizens, just not metamates please – engaged is key.

That’s where equitable tokenomics comes in.

Axie Infinity offers an example of how real-world economic drivers, such as inflation, still apply in meta worlds.

Without getting into the minutiae of gameplay, Axie Infinity’s token, Smooth Love Potion (SLP), soared in value during the first half of 2021 before giving up all its gains. At the time of this writing, SLP is well below its high of about $0.40, and an abundance of supply seems to have been the cause.

As of February 10, 2022, game mechanics changed to taper token supply. The effect, though modest, was immediate. Announcement of the governance change correlated with a doubling of token value from about $0.01 to $0.02 over February 7 to 8, 2022. SLP prices continued up after the reduced-reward scheme went into force.

Along with the declining SLP value, active user numbers for the game also started to slip. Without reward, digital immigrants won’t stick around. Unlike physical immigration, the digital kind is easy to undo or redo to a new platform.

Not just a token idea

Why does Bitcoin work? Because miners (or players if you think of the game parallel) receive a reward (Bitcoin) for their work or play (problem-solving), which in turn keeps the blockchain ledger functioning. It’s an efficient and decentralized balance of work/reward.

The Axie Infinity example shows a centralized authority – the game maker – changing rules to achieve an end goal. Bitcoin’s governance, on the other hand, is built-in, automated and any change requires thousands of participants to reach consensus.

That decentralized architecture has made Bitcoin secure, offering permanency, immutability and predictability. This has been key to its success and rules-based value has attracted some of the world’s largest investment banks.

As the Axie Infinity example shows, blockchain projects have to manage token supply. If supply increases while demand slips or holds steady, a fall in value follows. So, whatever governs that will be crucial.

Bitcoin’s monetary policy is automated – it halves the number of new coins that can be mined with each block roughly every four years until maximum supply is reached (projected to occur in 2140).

The other big cryptocurrency, Ethereum, lacks a hard cap and keeps minting new coins to incentivize validators (stakeholders) to maintain the ecosystem. This approach has so far also been successful too.

The key thing to address is that price crashes drive away users while deflationary processes can maintain long-term growth. Sound tokenomic principles are therefore critical for creating functional markets.

The interoperability that will link metaverse applications and build out the web 3.0 everyone is talking about still depends on developers cracking code to figure out cross-chain functionality. But the sustainability of web 3.0’s micro-economies hinges just as much on good tokenomics.

Decentralized finance (DeFi), with smart contracts and other structures, give us a glimpse into that future. DeFi already represents hundreds of billions of dollars in projects, which is larger than the GDP of about 150 different countries. Experiments here are ongoing but if you want to understand the future of earning and owning in the metaverse, this is an important place to look.

The lynchpin to growing the metaverse past a science fiction vision isn’t sticky intellectual property, unique APIs or even grand notions of freedom. They might be part of it – but the fair and equitable application of economic incentive, which is key to earning, ownership and even self-determination, will be foundational. That’s tokenomics.

Ben Caselin is head of research and strategy at AAX, the first crypto exchange to be powered by London Stock Exchange Group’s LSEG Technology. With a background in creative arts, social research and fintech, Ben develops insights into Bitcoin and decentralized finance and provides strategic direction at AAX. He is also a working member of Global Digital Finance (GDF), a leading industry body dedicated to driving the acceleration and adoption of digital finance forward.