Cardano, Avalanche, Cosmos and Three Additional Altcoins Have Biggest Potential for Stakers This Year, According to Coin Bureau 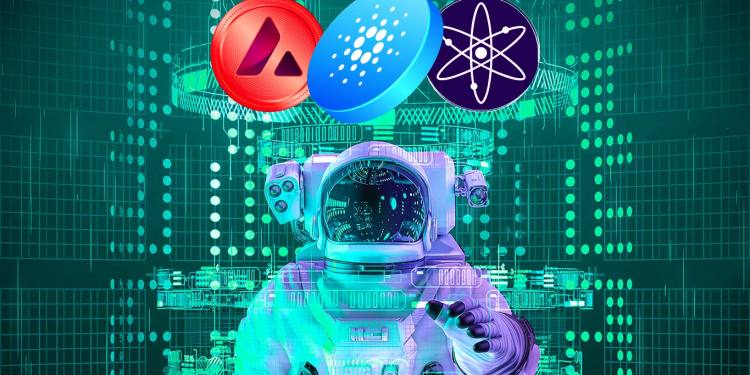 The host of popular crypto channel Coin Bureau is laying out his top picks for proof-of-stake (POS) crypto assets where people can earn rewards and passive income.

In a new video, the pseudonymous analyst known as Guy tells his 1.97 million YouTube subscribers that he has weighed each of the six tokens on his list against five important criteria.

Those criteria include the minimum amount required to stake, the lockup/unlock period, slashing risk when validators fail, annual interest offered and the potential of the crypto asset to rise in price over time.

Guy presents the six altcoins in no order of preference, with the first being layer-1 smart contract platform Avalanche (AVAX).

“Avalanche has proven itself to be one of the top alternatives to Ethereum due to its implementation of the Ethereum Virtual Machine (EVM), which is nearly 5x faster than other EVM implementations.”

“Cosmos uses a novel proof-of-stake mechanism called Tendermint, which allows its blockchain to process up to 10,000 transactions per second.

Cosmos staking rewards are currently around 15% per year for delegators who must lock up their ATOM for 21 days. There’s no minimum stake, slashing penalties are minimal.”

There’s no minimum stake for delegators, there’s no lockup or unlock period for any staked ADA, and there is no risk of slashing.”

“The main reason why I hold FTM is because Fantom has some of the best developers in cryptocurrency.

Fantom is also one of the few crypto projects that has secured some serious partnerships with governments and public institutions.”

The host next says he likes Harmony (ONE) because it’s an Ethereum (ETH) competitor which has “faced fierce competition from the likes of Avalanche, Fantom, and Ethereum itself.”

“Harmony has the most room to grow of any cryptocurrency on this list.

Unfortunately, the price history for ONE doesn’t look nearly as pretty as other altcoins in the top 100, but it remains in a relatively long-term uptrend.”

Its POS consensus mechanism can handle approximately 1000 TPS, offering 3% rewards but with no requirements on the part of stakers.

“This staking reward can be increased to almost 10% per year if you participate in Algorand’s governance process. Note that this percentage changes depending on various parameters.”