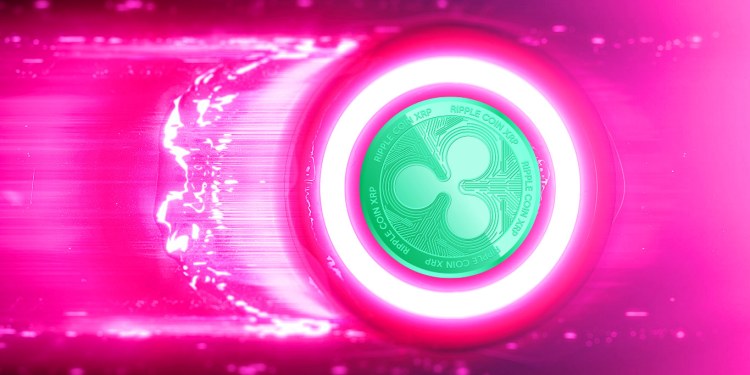 Ripple CEO Brad Garlinghouse says that the U.S. Securities and Exchange Commission (SEC) has a difficult argument to make in its case against the enterprise blockchain company.

The SEC sued Ripple in December 2020 on the allegation that the company sold XRP as an unregistered security.

In a new interview on Fox Business, Garlinghouse says that the SEC originally had no problems with the issuance of XRP, but changed its mind in hindsight.

“The irony there is like we were in the SEC’s office. I met with Chairman Clayton. I was meeting with commissioners. No one ever once said, ‘Hey we think XRP is a security.’ They looked backward and say, ‘Now we think it’s all security.’ That’s a hard argument.”

Giving an update on the state of the lawsuit, Garlinghouse says there could be some decisions from the court made in the near future.

“Monday was the last day of expert testimony, expert depositions, etc. The case continues to move forward. We’re expecting some decisions from the court sooner rather than later as it relates to a couple [of] decisions before the court.

Look, it’s moved slowly. I think Gary Gensler has continued to go with the narrative that crypto’s the wild west. It’s not the wild west. Are there bad actors? Yes, there’s bad actors in all parts.”

The Ripple CEO says that he sees a lack of knowledge on how “crypto really works” coming from regulators and officials in Washington. According to Garlinghouse, this lack of understanding from lawmakers is putting responsible companies in the crypto industry at a disadvantage to others.

“I think it does a disservice to responsible actors like Ripple who are working with governments, with sanctions. Everything that is enforced from a sanction point of view through fiat currency, anything that Ripple does is enforced from the state in the exact same way. There’s no different level playing field. And in some ways, I heard Senator Warren saying things that felt like its holding crypto to a different standard, for example, expecting a blanket ban of all crypto in some of these countries… Well, you can still use PayPal. You can still use some of these other things, and I don’t think we should treat them differently.”