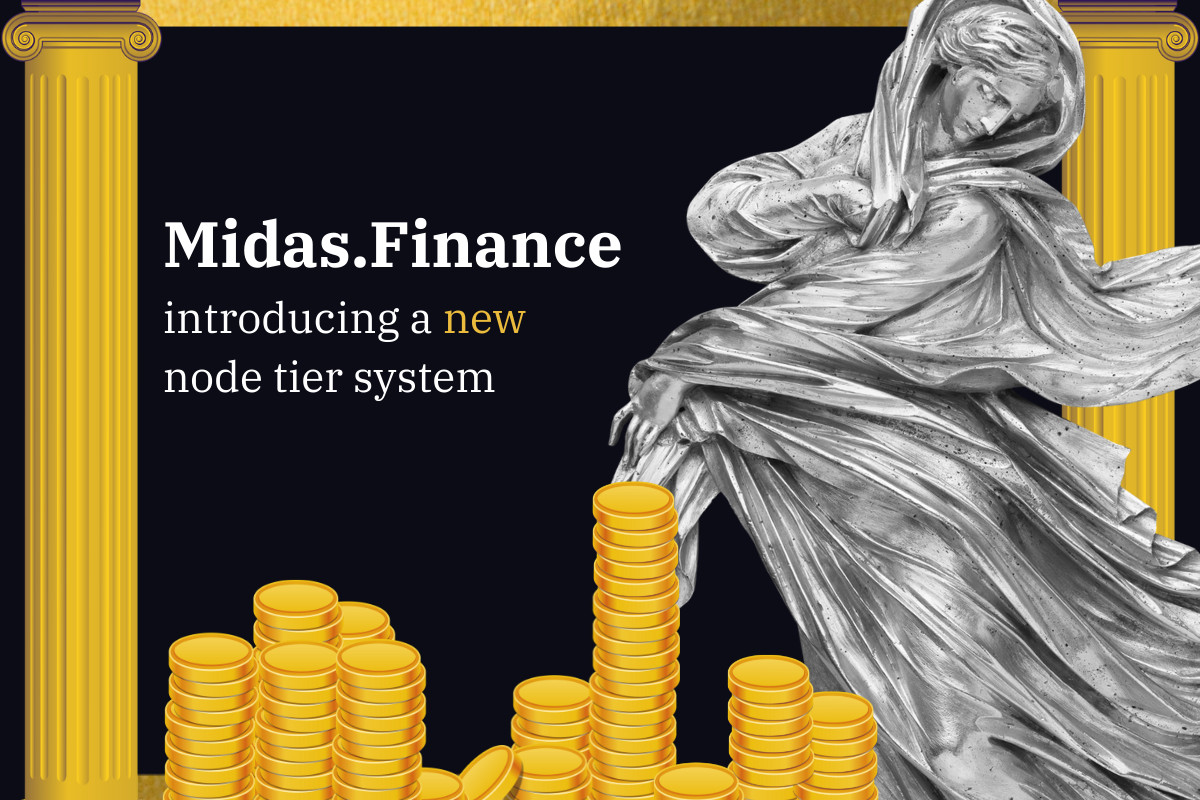 Midas.Finance, an automated treasury growth protocol, has recently added a groundbreaking system of virtual nodes to its protocol.

The inclusion of the innovative NFT nodes can help Midas.Finance establish itself as one of the blue-chip DeFi protocols, expanding its ecosystem while bringing further economic incentives to its growing community.

To become eligible for purchasing the first NFT nodes, users will need to supply the Midas.Finance treasury with THRONE tokens. Precisely 75% of the funds deposited on the treasury will be burned, while the remaining 25% will be used for protocol liquidity.

The node system is organized into five different tiers, and the rewards received from each node will scale depending on its tier. The structure is as follows.

The rewards are paid in CROWN tokens, the utility token of Midas.Finance. While the rewards will remain static initially, resulting in increased yields with every rebase, the team may adjust the structure depending on the number of running nodes, token price and protocol revenue.

It’s also possible to boost rewards by committing to longer staking periods. The longer users remain without claiming their rewards, the higher the yield generated by the node.

To upgrade to the next tier, users will need to collect low-tier nodes and burn them. Upgrading to the Apollo tier, for example, will require five Hermes nodes to be burned. Users will also need to pay a small gas fee in AVAX for each upgrade.

The upgrading feature enables users to quickly compound their yield rewards with just a click of a button. While it requires a substantial initial investment, the Zeus tier yields immense returns for its owners. The upgrade function will be available shortly after the nodes go live.

By leveraging NFT technology, users can guarantee full and transparent ownership of the THRONE nodes. Another advantage is that THRONE NFT nodes, unlike physical nodes, are easily transferable.

Each node can conveniently be bought or sold on marketplaces like TofuNFT. Every transaction will have a 10% royalty fee, which will be deposited on the Midas.Finance treasury to bring further sustainability and liquidity.

It is also possible to offer THRONE nodes as a gift, as they can easily be transferred between wallets. Additional use cases in play-to-earn games and metaverses will also be incorporated in the future.

Midas.Finance is a DeFi protocol that automates treasury growth via a steady flow of revenues from yield farming, play-to-earn (P2E) games and metaverses.

Join the future of DeFi and start earning with Midas.Finance by following them on Discord, Medium, Telegram, Reddit and Twitter.