Most Prominent Crypto Regulation Cases in 2021–2022

by Pauline Shangett
in HodlX 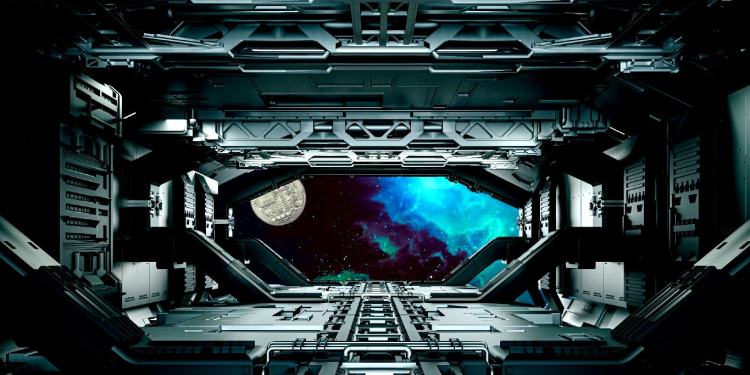 There is a noticeable shift in the global economy toward digital currencies. They present a great alternative to its fiat counterparts because they are transparent, decentralized and not controlled by any government. Cryptocurrencies are becoming increasingly popular due to their advantages, causing the crypto industry to grow rapidly.

While some governments consider cryptocurrency a fringe asset, others recognize its traction and are exploring ways to keep it under control. There have recently been a number of crypto regulations announced across the globe. This topic has been of big interest to me lately, so let’s look at some of the most notable cases from 2021 and the beginning of 2022.

Canada has so far been proactive in promoting crypto adoption in the country. Although digital assets are not considered legal tender in Canada, they can be used for purchases at online or offline retailers that accept crypto. The government has made attempts to regulate crypto ever since 2014, and almost a decade ago, Canada started taxing crypto transactions.

In 2021, the Canadian Securities Administrators (CSA) published guidance for crypto issuers that own or hold digital currencies. The same year in February, Canada became the first country to approve a Bitcoin exchange-traded fund (ETF).

Australia legalized cryptocurrencies in 2017, deeming their property that is taxed as capital gains. Crypto transactions are allowed as long as they are registered with the Australian Transaction Reports and Analysis Centre (AUSTRAC) and comply with AML/CTF requirements.

Australia announced in December that it would issue a new licensing framework for crypto exchanges in 2022. The proposed document would bring digital assets one step closer to being fully regulated in Australia.

In South Korea, digital currencies are not considered legal tender. There is no capital gains tax on cryptocurrency gains in the country since they are not regarded as financial assets. The crypto transactions are legal but have to be registered with the government and comply with certain regulations of the South Korean Financial Supervisory Service (FSS).

As of 2020, all crypto exchanges must meet AML/CFT requirements and obtain a license from the Financial Services Commission’s Financial Intelligence Unit (FIU). In 2021, the FIU delisted all privacy coins from South Korean transactions. It has been reported that South Korea plans to introduce the taxation framework for crypto in 2022.

As of 2022, India’s stance on cryptocurrencies is still unclear as new regulations are being implemented. Over the preceding years, a number of bills proposed fairly strict crypto regulations – almost to the point of considering banning digital currencies. However, the Standing Committee on Finance in India recently concluded that it would be more effective to regulate rather than ban digital assets. According to finance minister Bhagwat Karad, crypto transactions in the country may be subject to a 30% tax.

The legal status of cryptocurrency transactions varies from country to country in the EU, but generally, they are considered legal. Capital gains taxes vary between zero-percent and 50% in the EU member states. In 2020, the EU’s fifth and sixth Anti-Money Laundering Directives (AMLD5 and AMLD6) came into force, requiring exchanges to perform KYC/CDD procedures on customers and comply with standard reporting requirements.

The EU is still exploring ways to regulate digital currencies and doesn’t have a strict framework yet. In July 2021, the European Commission published a set of legislative proposals related to virtual asset service providers (VASP). The proposals will see the transfer of fund regulations (TFR) extended to all VASPs in the EU and will control the collection of information about crypto users.

Switzerland seems to be the perfect place for crypto enthusiasts at this point. Digital assets are legal in the country and are subject to wealth taxation. Crypto exchanges must be certified by the Swiss Financial Market Supervisory Authority (FINMA).

The town of Zug in Switzerland is a prominent crypto hub and is sometimes referred to as the ‘crypto valley.’ In 2021, the Swiss Federal Council introduced a proposal to help adapt regulations to the latest crypto developments.

Crypto holders are largely based in the United States, so they are eagerly anticipating the US government’s response to the regulatory issue. In the fall of last year, the U.S. Department of the Treasury’s Office of Foreign Assets Control (OFAC) issued Sanctions Compliance Guidance for the Virtual Currency Industry.

There are guidelines provided for crypto industry professionals but no strict rules are outlined. It is expected that the Biden administration will announce its digital currency regulation strategy this year. Most likely, it will focus on safety and risks, stablecoin regulation, the potential creation of CBDCs, etc.

At the end of 2021, Brazil introduced a bill regulating the use of digital currencies in the country. It is set to allow citizens to use Bitcoin and other cryptos for payments and investment purposes. The bill also outlines penalties for crypto-related crimes. If approved, the document will bring the country one step closer to making crypto its legal tender.

El Salvador is the first and so far the only country to adopt a cryptocurrency (Bitcoin) as legal tender. El Salvador made headlines in September 2021 with this announcement. El Salvador’s president Nayib Bukele has advocated for digital assets and expressed hope that making Bitcoin an official currency along with the US dollar would boost the country’s economy.

The move was widely criticized both locally and internationally, and Bukele was even urged to abolish Bitcoin after many claimed it failed in El Salvador. However, El Salvador’s president doesn’t seem to be changing his mind and still believes in the power of Bitcoin. In fact, for the first time in the country’s history, El Salvador’s GDP grew by 10.3% in 2021. This could mean the country is on track to a more stable economy.

Likewise, China has taken a major step toward crypto regulation, though in the opposite direction. In the fall of 2021, the Chinese government declared all crypto-related activities in the country illegal. Since China was one of the largest crypto players in the world, the event greatly impacted the market and the crypto mining industry. Perhaps the ban relates to the emergence of the Chinese CBDC.

Russia was among the last to announce regulation for the crypto market at the beginning of 2022. Despite initially proposing to ban cryptocurrency, the Russian government announced plans to develop a roadmap for regulating the sector. According to the plan, digital assets will most likely be treated as foreign currencies. Although it plans to allow and regulate crypto transactions, it is unlikely that crypto payments and investments will become legal.

As we can see, some of the world’s economic giants are taking steps towards crypto regulation. No matter whether laws make digital assets legal tender or ban them altogether, they make the crypto industry less independent. It is hard to predict what will happen next – crypto regulations are almost as unpredictable as the crypto market itself.

Pauline Shangett is the chief business development officer at ChangeNOW.io. She has extensive experience in music marketing and promotion, a career she pursued before entering into the crypto space in 2018, where she’s stayed ever since.