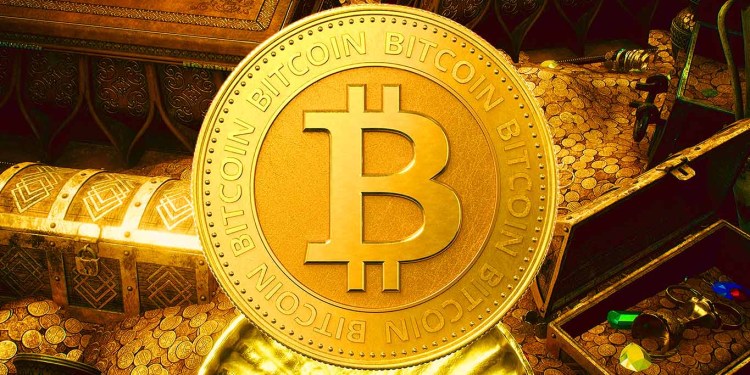 In a new interview with Peter McCormack on the What Bitcoin Did podcast, Carter says that compared to BTC, gold has many modern-day problems that can’t be overlooked.

With nations around the world sanctioning Russia and seizing its assets for its part in the war in Eastern Europe, Carter says that the country is lucky that its gold reserves were stored in Moscow. Otherwise, he notes Russia probably would’ve had a difficult time trying to protect its assets, highlighting the utility of Bitcoin (BTC).

“The thing is that gold also has many problems. It’s hard to send, it’s not very transmissible, it’s hard to take physical delivery. Russia is kind of lucky in a sense. Their gold is in Russian vaults, in Moscow I believe. They’ve got like $130 billion worth of gold. That was the only thing the US couldn’t seize. The US is actually trying to figure out a system to stop anyone trading with them for the gold, but they still have the gold, for what its worth.

Most other central banks, their gold is held in New York or London, physically, because that’s where the gold markets are and they want the gold to be pretty liquid and market-available. So if they really offended the US or the international community, then even their gold would vanish in a second because it would be held with a custodian that’s in the UK or America.

Because gold is expensive to move and physically settle, it ends up getting concentrated in a handful of warehouses.”

The crypto veteran says that he’s expecting a gradual awareness of some of the features of Bitcoin that give it an advantage over gold, especially with intensifying geopolitical tensions and current macroeconomic developments.

“Bitcoin obviously is much more favorable in that it’s cheaper to do physical delivery, it’s easy to prove ownership to a third party, and so it’s easy to verify you have a certain quantity of it [for] cheap and effectively free.

The more this starts to occur and trust breaks down, the more we’re going to interrogate the qualities of gold…. we’re going to be thinking to ourselves ‘wow, there’s a lot of sort of dynamics with gold that are a little inferior and a digital version, a digital commodity, improves on it really materially.’”