Crypto Adoption in the Spotlight During Russian Invasion of Ukraine

by Ryan Shea
in HodlX 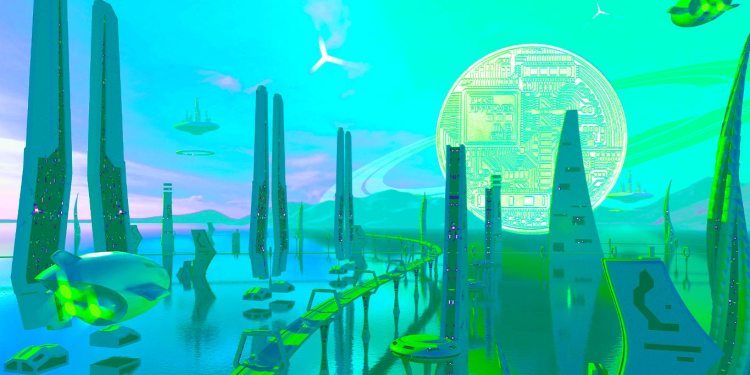 What is happening in Ukraine is tragic. Like everyone, we hope this conflict gets resolved as quickly and as painlessly as possible. However, right now we appear to be moving away from such an outcome. Both sides are escalating.

President Putin, having already raised the specter of a nuclear strike at the outset of the campaign, has also put its nuclear arsenal on standby. The response from the rest of the world has been to impose additional and substantial economic sanctions on Russia.

Many of the country’s financial institutions have been banned from accessing SWIFT – the international payments system – and dealing with the Russian central bank has been banned in the US, EU, UK and other Asian countries, effectively cutting off access to at least two-thirds of its massive $500 billion in foreign exchange reserves. Such actions are clearly designed to increase the domestic costs of its military campaign in the hope this encourages Putin to seek a political solution.

Certainly, these latest measures have had an immediate and profound effect on Russian financial markets. The rouble has fallen sharply to record lows, prompting the central bank to more than double its key interest rate to 20%. The domestic stock market has yet to reopen.

In addition, capital controls have been introduced with Russian residents no longer easily able to transfer money abroad. While the central bank has tried to appeal for calm saying it has the “tools to maintain financial stability,” large queues have been seen at ATMs – the classic hallmark of a bank run – a clear indication that the Russian populace is unconvinced.

Fiat money has a centralized issuer – a central bank – who must be trusted to ensure the currency it issues maintains value. This trust is being strongly tested. Decentralized private cryptocurrencies, like Bitcoin, are designed to operate without trust via a combination of cryptography, the blockchain and consensus mechanisms.

Their design also makes them borderless and virtually unbannable. As such, cryptocurrencies give the populations of those affected countries options to preserve wealth and/or make international transfers that never existed before. Indeed, since the Russian invasion trading volumes between Bitcoin and the Russian rouble and the Ukrainian hryvnia have risen sharply – an early indication that what cryptocurrencies offered in theory is being put into practice.

It must be acknowledged that the design features which make cryptocurrencies valuable to the general public in such times also mean they are likely to be used as sanction avoidance tools. For a Russian oligarch facing stringent restrictions on their holdings of fiat money, the incentive to use cryptocurrencies to move wealth into a more friendly (from their perspective) regime is high.

However, if trade barriers remain in place for a considerable length of time – human nature being what it is – workarounds will be found and cryptocurrencies could be utilized. To what extent this undermines economic sanctions is, at this stage, unclear.

What is clear is that such attempts will not be viewed positively by governments in the rest of the world. The Ukrainian government has already asked for Russians’ access to crypto exchanges to be blocked. Both the CEOs of Binance and Kraken have rebuffed such calls, but under the threat of exclusion from the fiat money system, they will not be able to do the same when US and European governments request even more rigorous implementation of AML/KYC procedures to stop Russians targeted by the sanctions from using their services. It is the easiest – possibly only – option governments have in the crypto space, so expect to see a significant acceleration on this front.

Given the key motivation for creating Bitcoin – the seminal private decentralized cryptocurrency – was to take back control of money from governments, increasing regulation does not sit comfortably with diehard crypto fans. While this objection seems straightforward and warranted, the reality is more nuanced.

“So fundamental is acceptability, it probably should be viewed as the primary condition for money to satisfy. Simply put, whatever form money takes (digital, paper, metal, stone or shells), it requires a network of participants prepared to accept it for economic transactions – no adoption, no network, no value.”

It is clear that the public acceptability of cryptocurrencies has risen steadily over the past decade. They are no longer the playthings of tech geeks. Over 100 million people are estimated to own Bitcoin alone. Hedge funds and other institutional investors are either already investing or considering investing in them.

These are steps in the right direction, but for cryptocurrencies to really succeed, they must be even more widely accepted and adopted. In my view, there are two impediments – the perception they are mainly used by criminals and a lack of knowledge/familiarity.

As mentioned in the earlier part of the article, updated estimates suggest the degree of illegal usage of Bitcoin and other cryptocurrencies is much lower than previously believed. And while there is still uncertainty surrounding such estimates, it is commonly agreed among law enforcement and blockchain analytic companies that in percentage terms the proportion of cryptocurrency transactions associated with illegal activity is falling (if not in absolute terms). Legitimate use is rising.

This is in no small part due to increased government regulation targeted at the off-ramp. As demonstrated by the retrieval of stolen Bitcoins from the Bitfinex hack, it provided the crucial link that allowed law enforcement to identify the suspects.

To thwart economic sanctions evasion by Russia, the regulatory push will accelerate, making cryptocurrencies even less amenable to criminals. This can only serve to increase further legitimate usage and over time, should remove the stigma of illegality from cryptocurrencies.

Your keys, your coins

As for knowledge, this applies to all technological innovations. The internet was scary at the start but is now ubiquitous. If, as the early indications suggest, cryptocurrencies pass the test they are being put to as a result of the crisis it provides real-world validation of their usefulness. This applies not only to individuals but also governments.

Russia has been effectively isolated from the traditional global financial sector and in the process it, not to mention other nations such as China, has learned that the fiat foreign reserves they accumulate overseas can be blocked by government decree, rendering them practically useless when they are most needed.

Given this, it is hard to envisage them not accelerating plans to continue to diversify away from standard reserve assets – such as the US dollar – in preference to unbannable assets, like decentralized cryptocurrencies, even if they do not meet the usual liquidity metrics normally required of them.

Introducing a CBDC on the blockchain would, for example, reduce Russia’s reliance on traditional financial infrastructures. Recent events make it more – not less – likely they will be widely introduced over the next several years.

One consequence of their introduction is the broader public will naturally become more familiar with the infrastructure of digital currencies. In combination with the other aforementioned effects, this could be the catalyst for mainstream adoption, a necessary – possibly sufficient – condition for them to thrive.

We are at a pivotal moment in the evolution of cryptocurrencies.

Ryan Shea is a crypto economist at Trakx. He has worked in finance for two decades including senior positions in buy/sell side institutions (ADIA/State Street/Lehman Brothers) in roles including macroeconomic research, investment strategy and portfolio management.