Can Meme Stocks Recapture the Spirit of 2021 To Generate Big Investor Returns? 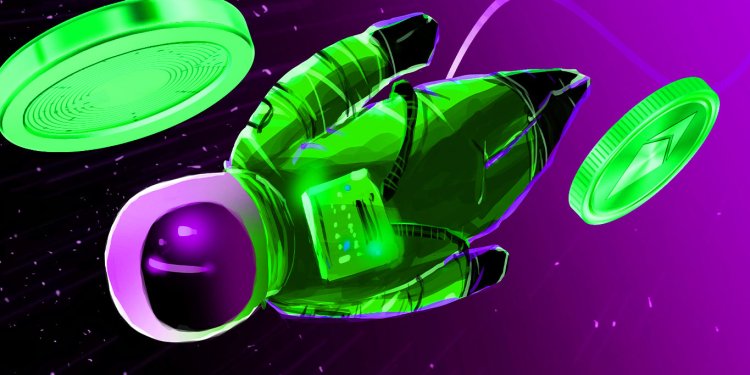 It may have only been last year, but 2021’s meme stock frenzy feels as though it’s a lifetime ago. The buoyant investing landscape saw an influx of retail investors aiming to leverage some healthy profits for themselves. Today, as confounding factors like inflation, geopolitical tensions and the pandemic impact markets, much of the furor that punctuated the past 12 months has dissipated.

Whether it was underperforming nostalgia stocks like GameStop, AMC Entertainment or BlackBerry, or joke-based cryptocurrencies like Dogecoin, meme stocks were all the rage last year, but many memes have found themselves struggling as widespread sell-offs spook more casual investors.

While it’s certainly important to acknowledge that many of the meme-based stars of 2021 had become priced at astronomical levels, the loss of momentum for much-loved stocks is likely to have been jarring for the many investors who bought the sentiment-based stocks.

It was easy to see that many meme stocks had grown to unsustainable levels and that a correction had always been likely – however, the decline of leading meme stocks in late 2021 and early 2022 will undoubtedly have led to major concerns about the future of meme investing.

As the data shows, both the leaders of the meme stock frenzy, GameStop and AMC, are still trading at multiple percentage points higher than the opening two weeks of January 2021 – but their respective pullbacks have taken them down to their lowest levels in 10 months.

Now that a significant washout has taken hold, what kind of future is in store for the market? Have pullbacks left these meme stocks undervalued? Or could these sentiment-driven stocks fall further?

One of the key reasons behind the loss of meme stock momentum is down to the loss of influence among top internet investing networks like r/wallstreetbets. However, this doesn’t point to the decline of meme investing – not by a long shot.

Writing for Forbes, Philip Braun speculates that the fragmented nature of social media investing communities means that we may no longer see massive short squeezes like that of GameStop and AMC in 2022. As meme stock investors have begun spawning their own subreddit sites, and platforms like Discord and TikTok have taken communities away from Reddit, we’re seeing collective energy being siphoned into smaller groups, creating less impactful stock pumps.

Braun speculates that this may cause meme investing to take on new forms in 2022,

“We return to the baseline definition of using social media information. There are plenty of traders who continue to trade based off social media as their edge who are now focusing on other tradable assets.

“Meme traders have also shifted their focus to non-fungible tokens (NFTs), which might be thought of as a cross between a graphic and a cryptocurrency. These unique assets (hence the term ‘non-fungible’) have amassed a marketplace worth an estimated $40 billion. Because NFTs have no fundamental value, trading in them is all based on what is being broadcast on social media.”

Here, it’s worth remembering that a key difference between meme traders and more traditional investors is the desire to take on considerable levels of risk in a bid to make a profit fast. The notion of making money quickly has been a desirable one for individuals long before retail investing became accessible, and the trend is unlikely to go away just because GameStop and AMC shares are trending downwards.

Instead, it’s likely that meme investing will reemerge in the coming months in a different form, which ultimately captures the imagination of scores of retail investors.

Could the metaverse become the next frontier for meme stocks?

The anatomy of a meme-based investment revolves around buying a stock based heavily on matters of sentiment – as opposed to a stock’s fundamentals. With this in mind, we might see metaverse stocks take on meme-based investor attention in a similar way to the dotcom boom that attracted speculative investments in the late 1990s and early 2000s.

Could ambitious metaverse projects take the meme investing mantle from the nostalgia-oriented stocks of 2021? Maxim Manturov is skeptical that the metaverse will spawn more meme investment opportunities.

“Overall, these are quite different things and unlikely to follow the same scenario. The main difference between meta and memes is that in the first case, we have real technology capable of attracting new customers or creating demand for other tech companies’ products thus creating value – while memes were nothing more than a speculative topic and a consequence of ‘easy money’ and great liquidity in the system, coupled with pandemic factors.”

After the furor of 2021, it appears that meme investing this year can continue to thrive – but in a more fragmented and distributed form than before. With investors increasingly looking for new opportunities, we may see stocks in emerging industries gain more attention. The coming months are likely to be key in providing insight into where the king of 2022’s meme investing will be.

Dmytro Spilka is a finance writer based in London and founder of Solvid and Predicto. His work has been published in Nasdaq, Kiplinger, VentureBeat, Financial Express and The Diplomat.