by James Whitley
in HodlX 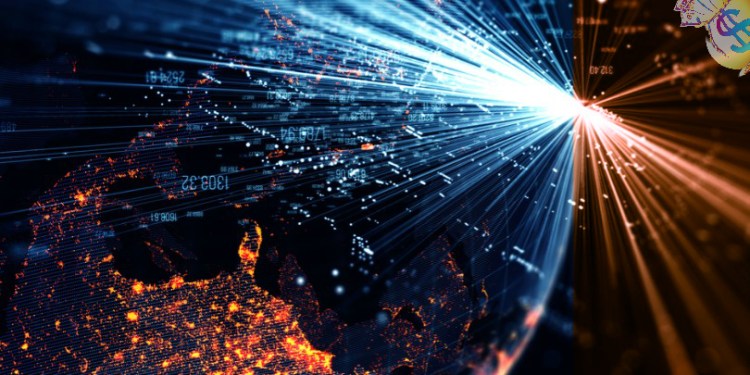 The US Securities Act and the singing telegram – what do these two things have in common? They both came to be in 1933, nearly a century ago. The US Securities Act, along with the Exchange Act of 1940, both continue to drive the way financial products are offered and traded, hampering the innovation in financial technologies.

Outside of finance, the same story rings true. The United States’ economy exploded largely because of the tech companies that now form the foundation of web 2.0 – like Facebook, Google, Amazon and Apple – but unless the United States steps up its regulatory game in a major way, it’s very likely other countries will usurp its position and reap the economic and cultural rewards that come with playing host to the world’s most innovative technologies.

Web 3.0 is dependent upon an environment ripe for innovation – not massive infrastructure systems

Over the last two years, we’ve seen total value locked (TVL) in DeFi surpass $200 billion. In 2021, NFT volume exceed $25 billion, and venture capital invested over $27 billion in cryptocurrency and blockchain companies. The best part is that we haven’t even scratched the surface of massive use cases like NFT implementation in legal documentation or the transition of traditional financial markets over to permissionless global exchanges.

Interestingly, the projects driving this extraordinary growth are often led by small teams of 20 people or less. There are few ‘headquarters’ in the world of crypto. Many of the most influential figures in the space do not have a home base and instead live itinerate lifestyles, traveling from place to place. This is because web 3.0 operations are often very lean, with a sole focus on putting out products and building communities of users.

Contrast that with the web 2.0 model, where VC valuations and growth targets often lead to a focus on achieving growth for growth’s sake. This leads to the construction of new offices, competition for headcount and absurd spending purely for the sake of demonstrating ‘success.’

In other words, governments and companies extract as much profit as they can rather than working to develop technologies that inherently benefit users and contributors. At the time, the behemoth model powered by VC was the best way to make the most progress – but now that very progress has made the model less important and the infrastructure can now drive future change much more efficiently.

With the web 3.0 model, the big corporate headquarters, massive teams and capital investments from established leaders are no longer there.

The inherent nature of web 3.0 means that there are fewer points of influence for governments to control. Regulations operate largely by placing rules and responsibilities on financial intermediaries, which in exchange creates barriers to entry for would-be new participants. The new web 3.0 system that eliminates intermediaries presents a problem for governments that no longer have a way to control decision-making (and king-making) through centralized authority.

To take one US agency as an example, SEC Chairman Gensler has been quick to point out the “fraud, scams and abuse” that apparently permeate the cryptocurrency space. Given this perspective, US regulators have opted to adopt a more strict stance on cryptocurrency-related endeavors. This comes in the form of proposed new regulations like expanding the SEC definition of an exchange and expanding the requirements for who must register as a broker-dealer.

In a race to retain control, we could see absurd implications like teenage play-to-earn gamers or validator node operators suddenly needing to take securities licensing exams like stockbrokers and issue 1099s. The end game is to either stop innovating or move to where you can build.

Those who look at the data, though, know that the criminal activity argument doesn’t hold up. A recent Chainalysis report found that only 0.05% of crypto transaction volume is potentially tied to money laundering, while five percent of global GDP is laundered in fiat each year. Add that to the small trade sizes, intraday liquidity and 24/7 risk management capabilities that crypto affords and it has the potential to be a much safer space than traditional markets.

Unlike most industries, where people put up with years of red tape and millions in lobbying costs, many DeFi builders are voting with their feet, moving to jurisdictions that are more welcoming to innovation. Singapore’s EntrePass, Portugal Non-Habitual Resident, Bahamas incentives to attract crypto entrepreneurs and Saudi Arabia’s government investment all make it relatively easy for entrepreneurs to present their intentions and go build with a supportive ecosystem behind them.

For non-US citizens, making a move to these locations is a no-brainer when the choice is between dealing with a combative regulatory regime and a supportive one. Building a crypto project in a place with supportive regulations can make or break the project’s success. It shouldn’t be a surprise that US-based entrepreneurs, engineers and people of other highly skilled professions are leaving.

So, how does the US get back on track?

We need to rely on a group of good actors innovating in the web 3.0 space while building toward the noble first principles of existing regulation – markets free of fraud and manipulation – without the inefficiency and self-interest that comes along with it. Most crypto founders (and users) are supportive of regulations that balance safety and fairness with ease of implementation and a shift toward greater inclusivity.

We can start by not making rash judgments or snap decisions on policy. After that, define what the end goals of investor protection and consumer protection are. Sometimes existing disclosures or processes don’t make sense in the web 3.0 world. Then present a timeline for implementation that allows for a discussion or revision loop rather than an overarching threat of closure based on ambiguous commentary.

Whichever big, stable country can come up with a cooperative, conducive framework won’t just keep their own engineers and entrepreneurs from leaving – but they’ll also attract global talent and sit at the center of a global financial and technological system that’s not held back by geographic restrictions or socio-economic censorship.

James Whitley, a core contributor at Cypher, is a TradFi veteran who has led a distinguished career in private markets, corporate finance and strategy. He began his career in structuring advisory and principal investments at M3 Capital Partners before moving on to an international finance leadership role at Novartis, one of the largest pharma companies in the world. As an associate director at Baxter, he led business model innovation in the home dialysis space. Now, at Cypher, he is driving the company’s markets initiative to bridge the gap between TradFi and DeFi.