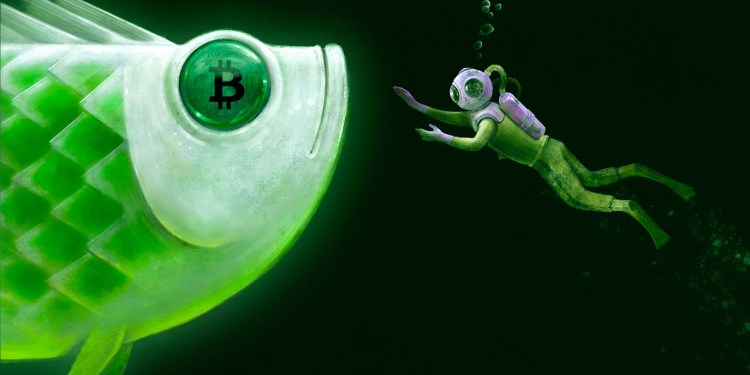 The world’s richest non-exchange Bitcoin (BTC) whale is once again diving into the market.

The address, which holds over 120,000 Bitcoin worth around $5.5 billion, has added another 3,241 BTC as the flagship cryptocurrency floats at about 5% below its seven-day high.

The whale, which is the third-richest overall after the wallets controlled by the crypto exchanges Binance and Bitfinex, initially accumulated 289 BTC and then another 2,952 BTC on April 5th.

The total value of the newly acquired BTC is slightly above $145 million.

The whale’s actions in recent weeks have been about as volatile as the price of BTC, and this week’s accumulation period comes days after a series of major outflows.

From March 21st to the end of March, the address appeared to have sold 3,000 Bitcoin. And from April 1st to the early hours of April 5th, another 4,500 BTC left the wallet, bringing the total value of outflows to slightly over $336 million in under three weeks.

An analyst at the firm, who goes by the pseudonym Checkmate, says that both whales and holders with less than one BTC are now buying.

“A historically strong month of Bitcoin buy side has seen exchange outflows hit approximately 96,000 BTC per month, with Shrimp and large Whales leading the charge.

We still need to see market follow through, but there has been an impressive volume taken off market recently.”