Ethereum Scaling Solution and Two Additional Altcoins May Be Gearing Up for Liftoff, According to Top Crypto Analyst 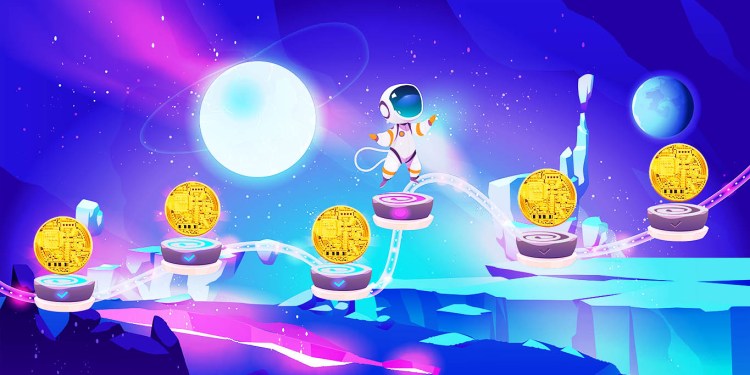 In a new strategy session, Van de Poppe tells his 165,000 YouTube subscribers that he’s closely following the price action of Cosmos (ATOM), an ecosystem of blockchains designed to scale and interoperate with each other.

According to Van de Poppe, ATOM is trading in a wide range between $21 and $43, which he says offers a favorable risk-reward ratio.

“If you have the conclusion that the markets are going to move upwards, why would you not want to enter in the lower bound of this range knowing that when it breaks out of such a range, it starts to move quite fast… In this case, if we’ve hovering in this range for a longer period, the breakout will be epic and the breakout will be relatively large, too.”

Van de Poppe says a breach of the range high at $43 will ignite a massive rally that can push ATOM by as much as 7x from its current price of $27.30.

Next up is interoperable blockchain Polkadot (DOT), which Van de Poppe says is gearing up for a breakout after testing resistance at $23 multiple times this year, indicating seller exhaustion.

“We have been making a nice rally during February, another test of the lows creating this bullish divergence. Another rally, sweeping this high ($23), which we have been doing here, which is also the highest volume beneath here so that says that all the liquidity has been taken.”

The crypto strategist also notes that DOT is down over 64% from its all-time high at $55.

The last coin on the trader’s radar is Skale (SKL), a blockchain network that allows developers to create and provide decentralized chains that are completely compatible with Ethereum.

According to Van de Poppe, SKL is going through a swift correction after a “giant move.” He also says that Skale could mirror its price action in March 2021 when it heavily corrected before launching a massive rally.

“Like here (March 2021), we have been seeing a pretty natural correction taking place, retest of the previous resistance becoming support, which is most likely going to happen here, too. Then we’re getting a new impulse wave, in which if we’re going to break through $0.31, we are going to sweep all of these highs. So then I’m assuming we’re going to have another one which is going to take us towards $0.60 to $0.70.”

At time of writing, SKL is exchanging hands for $0.20.