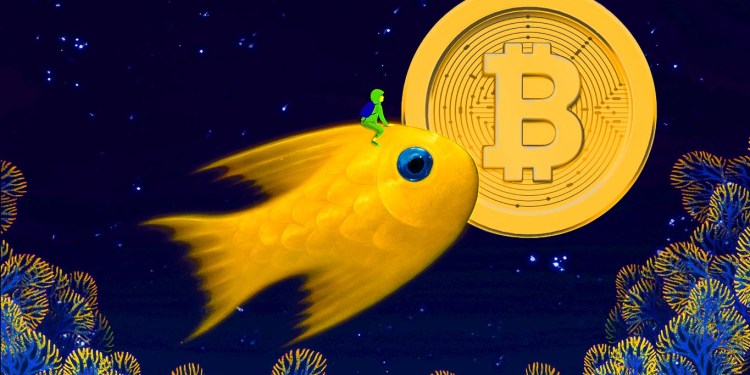 Blockchain analytics firm Santiment says that Bitcoin whales are being outnumbered by other crypto investors in terms of volume by a historical margin.

The intelligence firm says that Bitcoin (BTC) transactions exceeding $100,000 are now at levels not seen in nearly a decade.

“A new [Santiment] study shows that Bitcoin whale transactions (any transaction exceeding $100k), are at the lowest proportion of total BTC volume since August 2012. The rise of retail investors and crypto popularity have played a major role.”

Santiment’s findings match up with analysis from other blockchain sleuths, including popular on-chain analyst Willy Woo. Woo previously pointed out a steady decline in the participation of Bitcoin whales, as BTC gradually gets distributed to new, smaller participants.

“The mega-wealthy [are] disappearing from the Bitcoin blockchain. This is like a story of immense distribution of coins to even distribution which is exactly what you want in a monetary network. The guys in the middle are still in the middle. But there’s a general divestment since 2017 downwards which is very healthy. The little guys are coming up.”

Despite the long-term decline in the presence of Bitcoin’s biggest holders, Santiment says that strong sudden waves of whale activity still appear as BTC experiences jumps in volatility.

“With Bitcoin’s price still suppressed after dropping 7.4% this week, we’ve seen the largest spike in whale transactions so far in April. Between 4pm & 5pm UTC [April 8th], there were 1,146 BTC moves valued at $100k or more, and prices have inched up since.”