What Really Is the Metaverse? Review of the Most Popular Virtual Worlds 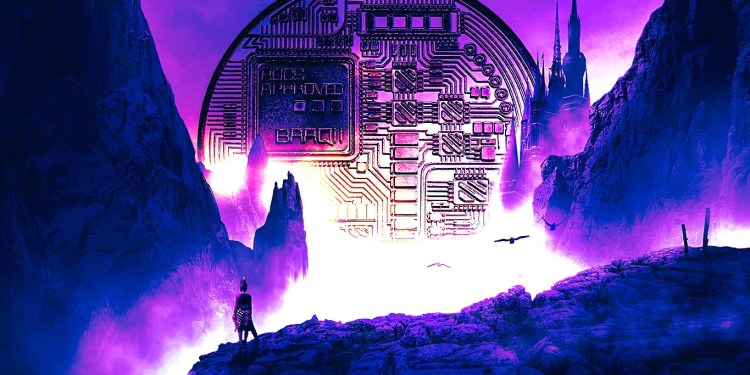 Nowadays, many people try to run away from reality – the internet proves that. It is easy to appear confident and happy someone on social media but not so much in real life. Lately, however, this has started to manifest at a whole different level.

With the help of the metaverse, it is becoming possible to travel to different virtual worlds and create an avatar to live a virtual life. Even though everybody is talking about it now, it is difficult to answer what the metaverse is exactly. In this article, I’ll break down the history of the term and review some of the most important use cases.

There is no single definition of the term accepted by everyone. Most often, though, the phenomenon is described as a network of 3D virtual worlds aimed at social connection – a simulated digital space focused on creating a real world-like environment for users’ interaction, a synonym for “cyberspace,” etc.

The term “metaverse” itself is not as new as it seems. It was first coined by Neal Stephenson in his science fiction novel Snow Crash in 1992. It is used in the book to depict the imagined dystopian future in a virtual reality world.

Even though the concept was introduced 30 years ago, it has become a particularly hot topic only recently. Today, the metaverse is the hottest buzzword, especially in the tech, finance and business industries. Who hasn’t heard about VR goggles, 3D avatars and virtual reality video games?

Some of the best examples are a virtual reality platform Second Life launched back in 2003 and video games such as Roblox and Warcraft.

But it’s not only about that. Did you notice how many major tech behemoths started focusing on the metaverse concept in the last couple of years? For example, the news about Mark Zuckerberg changing Facebook’s corporate name to Meta at the end of last year was very widely discussed.

The reason why the metaverse is becoming so popular is that it’s projected to be the successor of the internet. Many compare the metaverse at this stage to computers and mobile phones at the end of the 20th century. So, here’s one thing that’s clear – it’s only the beginning for the metaverse, and it’s really hard to predict what will become of it in the future.

However, there are already many metaverse projects of different kinds. Some of them present virtual reality video games and platforms with avatars like the ones discussed above. Others develop virtual spaces for streaming concerts and sports games, art galleries, virtual property, etc.

It is also worth mentioning that the metaverse is pretty tightly interconnected with crypto blockchain technology. NFTs are often used for purchases inside virtual reality projects. Let’s take a look at some of the most prominent virtual worlds and see how they work.

As mentioned above, Second Life is one of the first virtual worlds that got its start back in 2003 but is still considered one of the most popular metaverse platforms. The Linden Lab product quickly reached one million users worldwide.

Second Life residents can create their own 3D avatars and live their lives inside the virtual world, engaging themselves in different activities, from entertainment to dealing with virtual businesses and property. Even though many call the platform a video game, the creators claim it is not as characters don’t have a set mission.

Similar to Second Life, IMVU offers its users the ability to create a 3D avatar and enjoy life in the virtual world. The platform was founded in 2004 and now has over 100 million active users. The game starts in an empty virtual apartment that the players get to customize. IMVU stands out by the large number of virtual items users can acquire, which now amounts to around 30 million goods.

Minecraft is a sandbox video game developed by Mojang Studios and released in 2011. Despite being very simple, it remains one of the most popular games in the world with over 141 million active players. Minecraft includes several virtual worlds and gives complete freedom of creation to its users.

The Sandbox is a well-known NFT-based virtual world game. The alpha version of its metaverse was released only at the end of last year. The platform provides virtual land that users can buy and use for whatever they want – whether it is a concert, a sports event, an NFT gallery or just a video game. It is possible to sell the creation within the game using the SAND token. Many celebrities such as Snoop Dogg have already invested heavily in the platform.

Decentraland is one of the newest and hottest 3D virtual world platforms that was open to the public in 2020. Users can buy plots of land as NFTs and enjoy various activities in the game. The platform has its own ETH-based cryptocurrency called MANA that can be used for internal purchases. The game is managed by the non-profit Decentraland Foundation.

Somnium Space is a virtual reality world built on the Ethereum blockchain. The project is supported and entirely run by its strong community. Users can play and interact with each other, as well as build and acquire virtual property, host different events within the space and more. The creations of the game can be monetized with the help of its native currency.

Axie Infinity is an example of a play-to-earn video game. Users can collect and mint NFTs represented by creatures called Axies, raise them and receive rewards. The Ethereum-based project has recently exceeded four million dollars in sales.

The growing popularity of the metaverse is undebatable but what will actually come of it is very unpredictable. There must be potential in it as many tech giants and celebrities put a lot of hope and money into the metaverse.

Will it really become the future internet? And can it bring any use to humanity? That remains to be seen. But I hope people will never get to the point where they want to spend more time in virtual worlds than in reality.