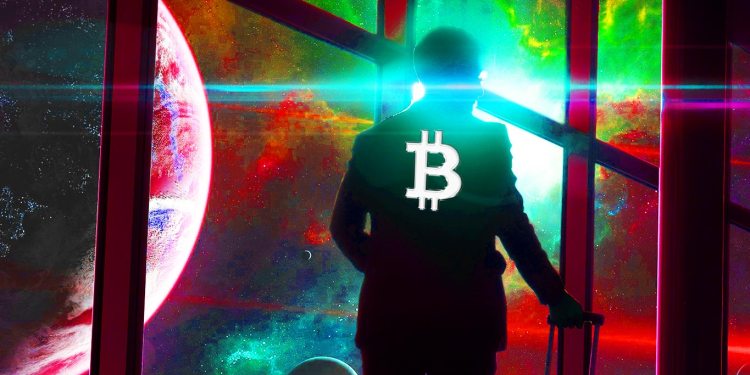 Fidelity analyst Jurrien Timmer tells his 114,000 Twitter followers that he’s looking at the Bitcoin to gold ratio, which pins the price of both store-of-value assets against each other.

“First up is the bitcoin/gold ratio, which I see as a barometer for how this aspiring digital store of value is faring relative to that “original” store of value.

The BTC/gold ratio is now resting on major support, in the form of the 2017 high as well as the 2021 low. At the same time, the detrended Bollinger Band shows that the ratio is now at 2 standard deviations below trend, which is a level that has contained the last 3 declines.”

The analyst also has his eye on Bitcoin’s dormancy flow, which gauges the market’s spending patterns by tracking the average number of days each coin transacted remained dormant. Timmer notes the metric is currently at levels not seen since 2018.

“Next up is the dormancy flow, which roughly speaking is a measure of strong vs weak hands. The entity-adjusted dormancy flow from Glassnode is now at the lowest level since the 2014 and 2018 lows”

Timmer shares a model that compares the adoption of Bitcoin to the rise of the internet and mobile phones. Assuming that BTC and cryptocurrencies are being adopted at the same level as the internet and cell phones, Bitcoin is now significantly undervalued, according to metric.

“Next up is valuation. With the current swoon to $25k, Bitcoin is now below the price currently suggested by both my mobile phone-based S-curve model and the more conservative internet adoption model.”

The Fidelity analyst says he finds it noteworthy that despite Bitcoin’s significant price correction from its all-time highs, HODLers appear unfazed. His models show that the number of Bitcoin held for more than 10 years is holding steady at 13%.

Timmer says that given all the available metrics, Bitcoin is currently at a historically attractive price, plus sitting at solid support. The one variable however is the stock market, which he says clearly has an influence over BTC’s price movement.

“All of the above tells me that Bitcoin is not only at solid support but also attractively valued. The one caveat is that the Bitcoin sensitive equities need to confirm any recovery for Bitcoin.

They were the canary in the coal mine before Bitcoin broke down a few weeks ago, and they will need to show strength on the rebound for me to have confidence in Bitcoin’s rally prospects.”