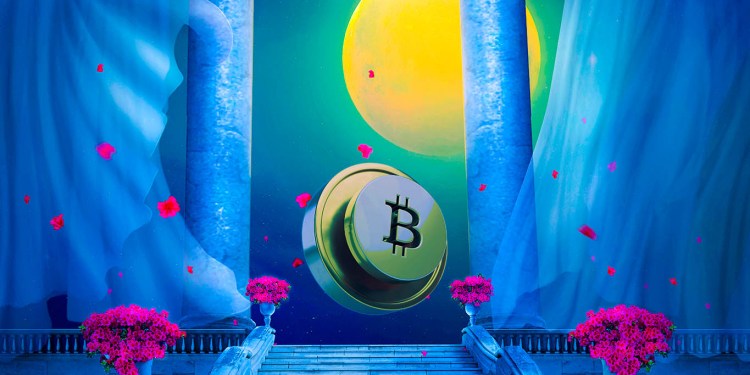 A closely followed crypto analyst known for accurately calling the crash of May 2021 is laying out a realistic price path for Bitcoin (BTC) to follow to new all-time highs.

The pseudonymous analyst known as Dave the Wave tells his 105,000 followers on Twitter that he foresees a potential scenario where Bitcoin chops around for the next year or so before cracking the $70,000 level around the end of 2023.

“Bitcoin going forward, something like this wouldn’t surprise me…”

Based on Dave the Wave’s chart, he believes BTC is capable of reaching a cycle peak near $200,000 around May or June of 2024 or about two years from now.

In the near term, the veteran crypto analyst says Bitcoin is currently working on establishing a bottom. Dave the Wave compares BTC’s current price action to 2018 when Bitcoin broke down from a descending triangle pattern before bouncing off the 200-week moving average.

Based on the comparison, BTC may already be in the process of bottoming out and finding support.

“It helps to step away from the chart, and look at something like the Bitcoin weekly.

The comparison is not everything, but neither is it nothing. It is something to go by…”

Dave the Wave is also keeping an eye on the moving average convergence divergence (MACD) on the monthly chart. According to the crypto analyst, the MACD, which is used to spot trend reversals, could hit a support area by the end of the month.

In addition, BTC is just trading above the key Fibonacci level of 0.382, an area where Bitcoin has bottomed out during the 2014 and 2018 bear markets.

“*On the basis of this metric*, the logarithmic version of the monthly MACD, which I’ve been using to good effect since near forever, the Bitcoin low looks pretty much in.”

At time of writing, Bitcoin is currently priced at $30,262, trading mostly flat over the last seven days.