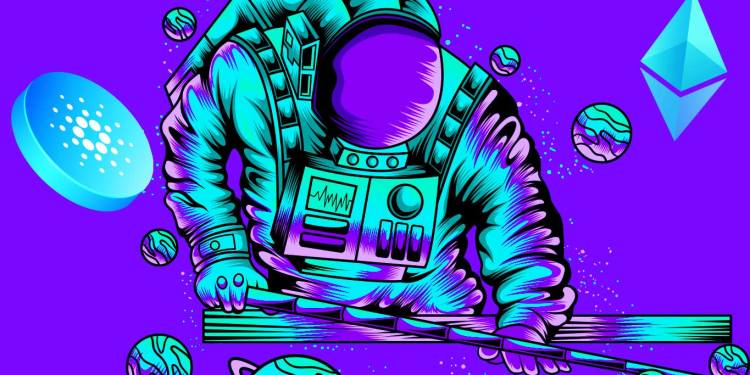 A widely followed crypto analyst says Ethereum (ETH) and two other altcoins are entering into key stages of their existence that will seemingly render them immune to the bear market.

Guy says that ETH’s upcoming trial of a proof-of-stake mechanism on its testnet has it on track to switch from a proof-of-work system in August.

“Three of the biggest projects out there are entering crucial phases of their existence over the next few weeks. First up, Ethereum is getting ready to launch the merge on its testnet in about a week’s time.

Now, this is a crucial step on the road toward the mainnet merge in August, we hope, and the beginning of Ethereum’s proof-of-stake era. So, if the merge goes to plan on the [testnet], then there’s a chance the actual merge will go ahead as scheduled.”

Guy then says that on June 9th, Monero will launch its tailor mission, which would permanently reduce the protocol’s block reward to 0.6 XMR. According to the crypto analyst, this will encourage people to mine more of the token.

“Because this block reward will remain in perpetuity, miners will always be incentivized to secure the network and won’t ever have to worry about the block reward going to zero as will eventually happen to Bitcoin. More mines equals more decentralization equals more security.”

Next, the crypto analyst notes Cardano’s upcoming Vasil hard fork update which is slated to launch at the end of June. According to Guy, the upgrade should speed up the protocol as well as reduce transaction fees.

“[The Vasil hard fork] will see a number of Cardano improvement proposals implemented, which will mainly be focused on making the network more scalable, that means, we hope, faster and cheaper transactions. [Also], the five millionth native asset has also just been minted on Cardano and the Djed stablecoin is on the horizon too.”

Guy then also says a crypto asset’s price isn’t necessarily a true reflection of how much utility a digital asset has.

“Remember that price isn’t everything. It’s what’s going on behind the scenes that matters most and no bear market is going to stop the best projects from continuing to evolve.”