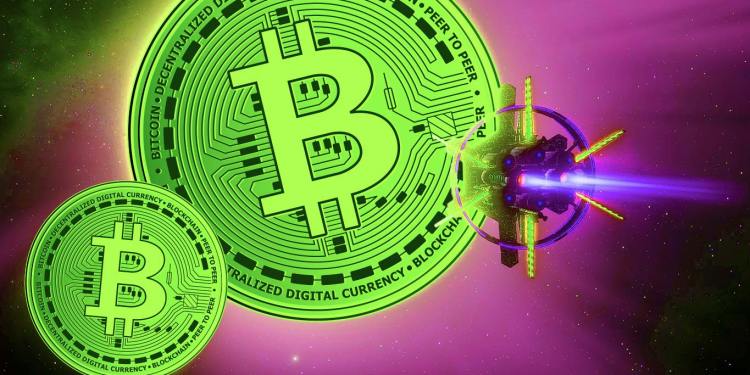 Macro strategist Lyn Alden says that Bitcoin (BTC) is one of the hard assets to own alongside gold and real estate in a macro environment heavily influenced by inflation.

In a new interview on What Bitcoin Did with Peter McCormack, Alden says that she doesn’t see inflation easing up anytime soon as she believes wealthy countries like the United States will continue to print money to fulfill their financial obligations.

“In developed countries, it generally happens instead through inflation where they say, ‘We’re going to pay the debt because it’s denominated in a currency we can print, so we’re not going to default. We’re just going to print a lot of money and we’re going to pay those debts. You’re going to get every dollar or every euro or every pound you’re owed. It’s just going to be worth maybe half as much as it was when you bought that security.’

So I think what we’re going to see is that inflation’s going to be higher than interest rates on average for a prolonged period of time. Now, you could get a deflationary shock like you had in 2020. You can get these brief moments where that’s not true, but I think in general, we’ve already been in a period where inflation’s above interest rates, and I think that’s going to continue for quite a while.”

Amid a long-term inflationary environment, Alden says she’s invested in a diversified basket of hard assets including Bitcoin.

And so basically, my approach is to have this kind of diversified set of real assets as well as some cash flow liquidity to rebalance into any sort of liquidity shocks we get, things like that kind of take advantage of that counter-cyclical approach.”

Last month, Alden referred to Bitcoin as the “fastest horse in the race.”

“I err towards Bitcoin being successful long term. I think it has the properties.

It checks off a number of boxes, and even the boxes it doesn’t check off are within sight of being able to be checked off as technology improves and as it just gets more widely held, and it becomes better. So I think longer term, I think Bitcoin… You can call it the fastest horse in the race. It’s I think the best thing to bet on, even though for most people I wouldn’t recommend 100% allocation to Bitcoin, but I think it’s something silly not to have any of at this point.”