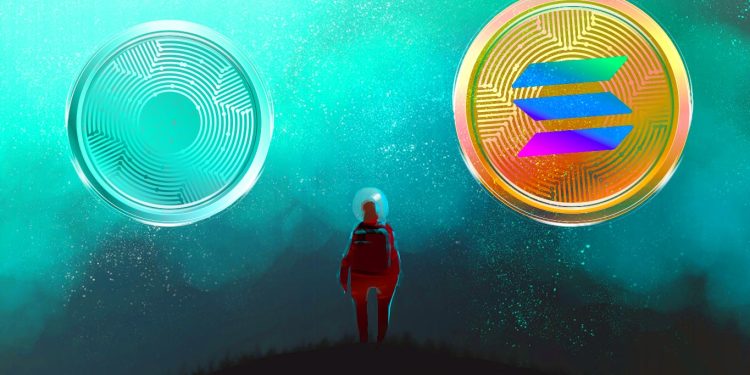 The host of popular YouTube channel Coin Bureau is comparing Ethereum challengers Solana (SOL) and Near Protocol (NEAR) amid mounting uncertainty in the crypto markets.

In a new video, analyst known as Guy tells his 2.06 million YouTube subscribers that SOL has preferable tokenomics to NEAR.

“Tokenomics is where Solana shines. I don’t know what they did behind the scenes, but the early investors managed to find a way to both have their cake and eat it and by that, I mean get access to all of their SOL and be able to sell some or even lots of it without crashing SOL’s price.

Robust tokenomics is arguably why Solana wins on the price side, too. Even with its massive market cap, there’s a high chance that SOL could see more gains in percentage terms than NEAR when the next bull market comes around simply because it somehow cracked the tokenomic code of cryptocurrency.

The wildcard in this prediction is NEAR’s circulating supply which, once it vests, means there will be next to no sell pressure left from Near Protocol’s early investors. This could give NEAR the conditions it needs to really rally when that speculative demand comes back around.”

However, the analyst says that Solana faces more technical hurdles than Near. He says that how the two platforms address their respective challenges will dictate which will win investors.

“If you ask me, the challenges both of these crypto projects face are the real deal-breaker and which one comes out on top ultimately depends on how easy it is to solve these challenges.

I must confess that I think Solana faces much bigger hurdles than Near Protocol. The fact that Solana’s blockchain continues to go down even after its developers have promised different fixes suggests the issues are bigger than they admit or even know about…

Guy also says that NEAR appears to have an edge over SOL at this time, but this could change depending on potential problems that may arise in the future.