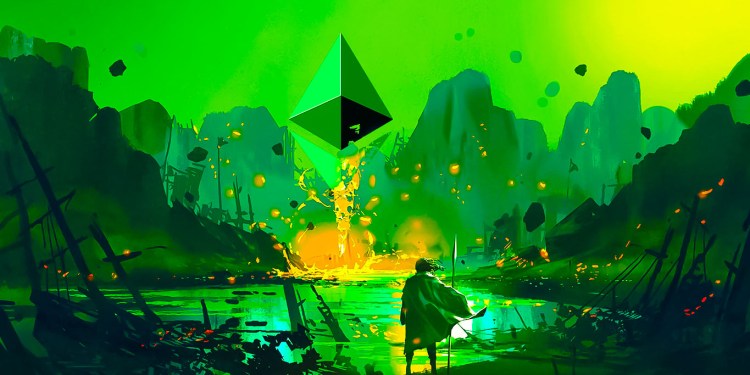 In a new video update, the Real Vision CEO says that Ethereum’s shift to a proof-of-stake system – which is tentatively set to happen in September – will likely eliminate significant amounts of sell pressure as participants take their coins off the market and stake them for yield.

In addition, Pal speculates that Ethereum will benefit from the absence of miners selling down the price in order to pay for their operational costs, such as in proof-of-work blockchains.

There are no miners anymore. So, therefore, all of the activity of miners of selling the tokens that they’ve earned, they probably sell about 80% of the tokens that they get just to fund their own activities. That’s about a billion or 2 billion a month, that’s out of the market. So, that’s a small supply shock. There’s no ongoing pressure every day from miners who’ve been rewarded with Ethereum…

Then the staking activity, there’s currently about 9% of all Ethereum staked, by most guesses. That number should rise to about 30%. Because initially, we should see some outsized deals may be up to as high as 20%, maybe it’s 15%, who the hell knows.

But either way, it’s going to attract a lot of capital into staking. And so, that becomes very interesting itself, because if it gets up to 30% of all ETH staked, that’s 30% that is dormant. That 30% cannot be used for DeFi [decentralized finance], CeFi [centralized finance], rehypothecation, shorting, liquidity provision, nothing, it’s out of the system. Okay, that is a massive supply shock.”

Pal also says that ETH could end up becoming a deflationary asset post-merge, and compares its upcoming tokenomics to a stock buyback that increases the demand and decreases the supply at the same time.

The former Goldman Sachs executive says that the charts support his hunch that Ethereum is about to outperform Bitcoin. According to him, ETH/BTC is getting ready to break out of a multi-year descending channel, making Ethereum a far more interesting bet for the macro investor.

“So, I think a lot of this activity is getting very interesting. If I start looking at price, we’ve talked a bit about Bitcoin, but if I look at the chart of Ethereum versus Bitcoin, to me, it’s very close to breaking out of this downward channel. And as you know, I’ve been overweight Ethereum for a long time now, and it’s paid off very well. And I expect it to have another leg higher. So, I’m more interested in Ethereum than Bitcoin.”