Crypto Crash – Is the Bottom In and What Does the Future of Crypto Hold?

by Christophe Lassuyt
in HodlX 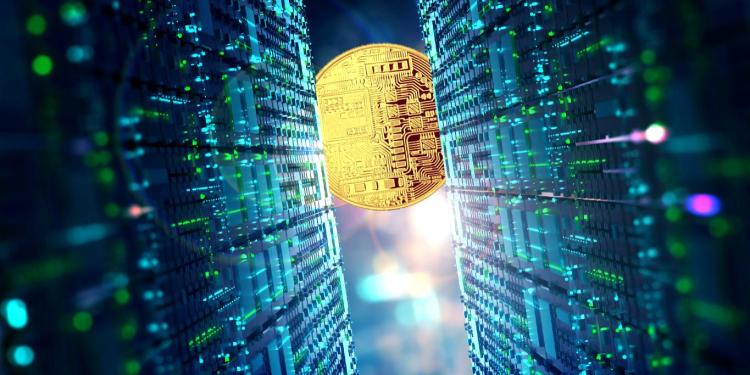 For the last half-year or so, the crypto market has found itself gripped by bearish pressure, with the total capitalization of this rapidly-maturing industry having dipped from $3 trillion to its current valuation of $900 billion.

It also bears mentioning that every top 10 digital asset – including Bitcoin, Ethereum, XRP, Solana and Cardano – in the market today is currently down more than 70% from its all-time high value.

The prevailing sentiment is not just relegated to the crypto industry. Indeed, markets across the board –including equities and commodities – are also down by huge margins. This is because the Federal Reserve, alongside several other central banks across the globe, has been raising interest rates in order to keep rising inflation at bay.

Despite their best efforts, the global economy seems to be heading toward a major recession, leading investors to move from high-risk assets (such as crypto, tech stocks, etc.) to more traditional stores of value.

To this point, year-to-date, the S&P 500 has fallen by over 20% while other major indices like the Dow Jones Industrial Average and Nasdaq composite have dipped by 15% and 30%. Similar scenes have also been witnessed across Europe, with the UK’s FTSE 250 index and Stoxx 600 shedding 20% and 18% of their respective values while Asia’s MSCI index is down 19%.

Additionally, it is worth considering that a little over a month ago, the correlation of the crypto market with tech stocks rose to an all-time high, which suggests that more and more investors are beginning to view digital currencies as risk-on assets.

From a macroeconomic perspective, it would be wise for investors to either trade the ongoing volatility or identify projects with strong fundamentals which can be scooped up at steep discounts.

DeFi is not dead

The crypto market’s aforementioned woes recently became significantly more pronounced following the downfall of Terra, a once $40 billion project which was reduced to ashes after its associated algorithmic stablecoin (UST) lost its peg to the US Dollar, resulting in itself – as well as its sister currency (LUNAC) –crashing to penny valuations almost overnight.

Terra’s destruction not only sent shockwaves across the global crypto landscape – but it also resulted in investors within various other markets losing faith in digital assets.

This dipping sentiment soured even further when, over the past month, many prominent crypto lending institutions such as Celcius, Vauld and Babel Finance revealed that they had frozen customer withdrawals without providing their customers any prior intimation.

This called into question the transparency aspect of the crypto market since these ‘decentralized’ projects were able to keep investors from accessing their funds.

Lastly, many institutional players associated with the crypto market have also recently been seeing red. For example, Three Arrows Capital, a digital asset hedge fund with over $10 billion in assets under management (AUM) at one point, recently filed for bankruptcy amid falling prices.

However, a common thread has been the failure of CeFi institutions. Their custody of retail investors’ assets means that amid insolvency proceedings, retail investors may not be made whole if any at all.

This is likely to result in one of two things happening in the next cycle – a growing focus on non-custodial, DeFi platforms or CeFi platforms held to a higher regulatory standard.

In addition to many popular cryptocurrencies being faced with extreme bearish pressure, another clear indicator of an ongoing crypto winter is that various firms operating within this market have had to lay off major chunks of their work staff.

Last month, cryptocurrency exchange Gemini – helmed by the Winklevoss twins – revealed that the ongoing bear market had forced them to bid adieu to approximately 10% of their employees.

Similarly, Latin America’s second-largest exchange Bitso announced that it was releasing 80 of its 700 full-time workers – a move which was mirrored by Buenbit, Argentina’s leading cryptocurrency investment platform. The company reportedly laid off 45% of its workforce, bringing its active employee pool from 180 to just 100 workers.

2TM, the parent company behind Latin American giant Mercado Bitcoin, also let go of 12% of its 750-strong team, while Coinbase announced that the prevailing crypto winter had forced it to slow down its rate of hiring, as well as reassess its future financial strategies.

Lastly, crypto friendly trading platform Robinhood fired nine percent of its workforce, while Rain Financial –one of the Middle East’s most popular crypto exchanges – laid off around 12 employees recently.

What does the future of crypto hold

Despite the current volatility, there is enough data suggesting that retail and institutional interest in crypto is high. For example, since the beginning of 2020, Bitcoin and its associated financial instruments have continued to witness a steady inflow of funds worth approximately $26.2 million.

Not only that but also data released by blockchain analysis firms Cryptoquant and Glassnode clearly shows that investors have been ‘buying the dip’ and lapping up BTC and ETH at a record pace over the past couple of months.

Furthermore, the decentralized finance (DeFi) market has continued to garner a solid amount of mainstream traction in spite of all the recent scandals. This is best highlighted by the fact that over the last couple of years, the total capital locked within this space has ballooned from a respectable $2.5 billion to its current valuation of over $75 billion.

Lastly, speaking of innovation, a growing list of companies have continued to build, despite the market being weak.

In fact, people like HashWorks CEO Todd Esse are of the mindset that ‘bear markets are for building,’ a sentiment that is shared by other prominent crypto personalities – including Stack’s Munneb Ali, who believes that crypto winters present an ideal opportunity for developers to prove their mettle while at the same time showcasing their commitment to projects with strong fundamentals.

As the market continues to get rid of weak hands and bad actors, it will be interesting to see how the future of this rapidly-evolving space will yield new, more robust players.

Christophe Lassuyt is the CEO and co-founder of Request Finance. His background as a CFO in more traditional structures and his experience at the Y Combinator allowed him to better understand the challenges posed by Web 3.0.