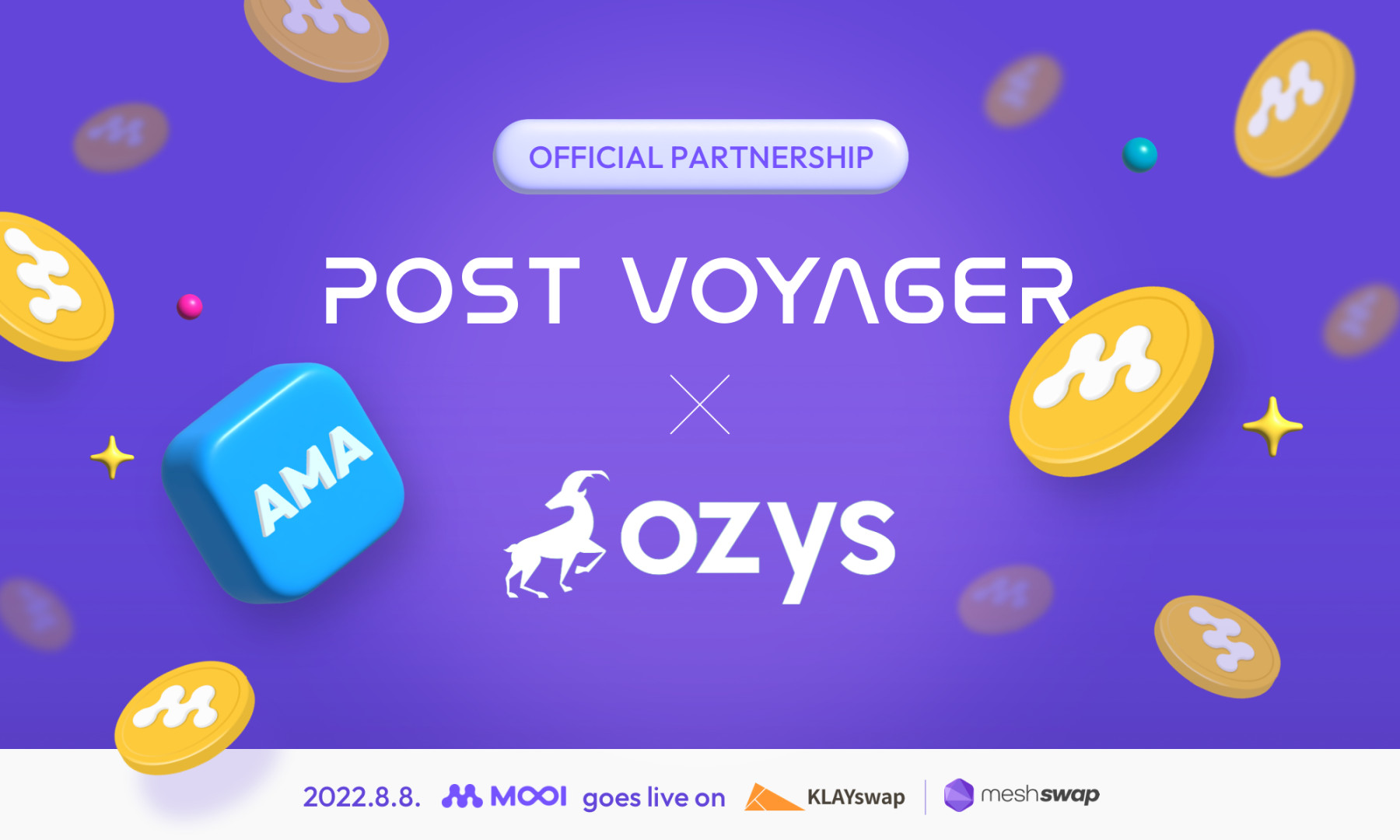 Post Voyager, a blockchain arm of a Japanese mobile game powerhouse Cocone and a developer of the MOOI Network, announced on Friday that it has entered into a partnership with Ozys, a blockchain development company behind Orbit Bridge and several DeFi protocols such as Meshswap (Polygon) and KLAYswap (Klaytn).

As part of the partnership, companies have agreed to extend cooperation to expand the MOOI Network’s ecosystem. As such, MOOI token will be available on the Polygon chain and offered on Meshswap starting August 8, 2022. Previously, it was confirmed that MOOI will also be minted on Klaytn and will be available on KLAYswap from the same date.

In addition, Post Voyager will join hands with Ozys for co-promotion of the launch of the MOOI token on Klaytn and Polygon. Post Voyager will hold a ‘drops’ event on both KLAYswap and Meshswap by distributing the prearranged amount of tokens to the holders of the governance tokens of these two protocols.

Also, Post Voyager and Ozys plan to conduct an AMA (‘ask me anything’) session on the KLAYswap and Meshswap Discord channels on August 4 and 5, 2022. AMA participants will receive MOOI rewards – a total of 10,000 MOOI will be distributed. Polygon has also joined the campaign and will provide its marketing support to the MOOI launch on Polygon.

The announced partnership promises to enhance the value of MOOI Network, specifically by strengthening its multi-chain strategy.

“The Polygon integration is an exciting next step for the growth of the MOOI Network, and we look forward to expanding the MOOI community by adding millions of Polygon users.”

According to the same source, Post Voyager is planning to bridge MOOI Network to more blockchains such as BSC and Ethereum in the near future to expand the ecosystem further.

Post Voyager is a subsidiary of the IP giant, Cocone (stylized as cocone), headquartered in Japan as a leading mobile gaming publisher. Cocone’s gaming apps specialize in a genre of avatar gaming known as CCP (character coordination play).

With over 20 different services spanning across 129 million accumulative users, Cocone is on track to convert the existing successful games into blockchain games. Post Voyager was established to support the creation of GameFi tailored blockchain infrastructure and has been exercising its expertise since 2019.