by Joey Poareo
in HodlX 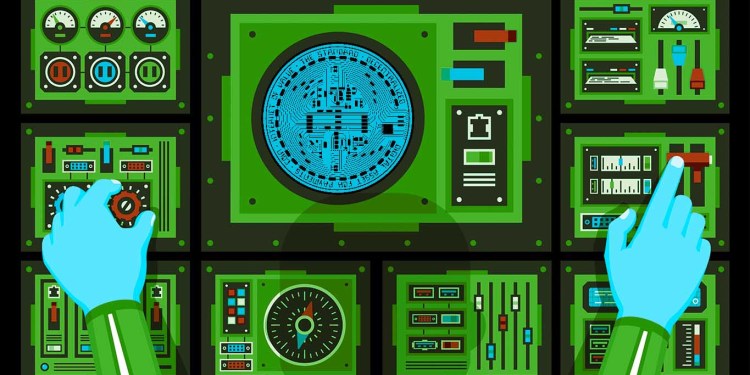 Science holds the key to our civilization’s growth and progress. But still, most of the world’s great scientists have suffered tremendously – ever since Galileo and Copernicus. Some of them died at the stake while others succumbed to poverty and unrecognition.

It’s altogether evident that making life difficult for scientists pursuing research has been the status quo so far. Inadequate funding for experiments, trials and apprenticeships has persistently crippled scientific communities worldwide. And given the rising demand for scientific discoveries in fields like medicine, among others, it’s high time to propose genuine, long-term solutions.

But for that to happen – to happen well – one must begin by understanding the problem thoroughly. This is mainly because the issues are highly structural and require radical changes to how science is done today.

But despite everything, it’s still hard to get funding. The rot runs particularly deep in the public sector. For example, the US federal government –a primary source of scientific funding – has made stringent budget cuts since the 2000s.

The US National Institutes of Health approved 30% of grant applications in 2000. Whereas in 2022, the approval rate has fallen to 16%. The consequent fund crunch causes severe operational inconveniences – but more concerning is that it hampers the quality of ongoing studies and publications.

Funding crisis isn’t only about inconvenience

Since their success depends too much on metrics like the h-index, scientists prefer topics yielding statistically significant results and a publishable data set. This introduces a significant topic selection bias, as highlighted in a report by the National Bureau of Economic Research.

On the other hand, when private companies fund scientific research, they tend to manipulate findings to suit their vested interests. This is particularly true of clinical drug trials where pharmaceutical companies sponsor positive reviews based on biased trial interpretations.

Lastly, the above hurdles ultimately weaken the very core of scientific knowledge pursuit. Whatever radical ideas brave the storm somehow end up in low-impact journals, limiting their potential to change the world. Human civilization isn’t getting any better from all this. It needs alternative funding models for the sake of scientific progress.

Decentralized science – a vision for the future

Decentralized autonomous organizations (DAOs) are critical to DeSci’s framework for introducing funding opportunities for scientists and researchers. They leverage automated, tamper-proof ‘smart contracts’ to offer a cutting-edge alternative to traditional funding agencies. Their end goal is to incentivize innovative research.

DAOs turn the table around for scientific communities

DeSci has demonstrated that a massive capital fund with high-risk tolerance isn’t a prerequisite to investing in science. Even retail investors with limited capital and a low-risk appetite can support scientific research through DAOs. Communities can also interact with scientists directly to discuss and decide on innovative ideas – that’s groundbreaking.

DAOs facilitate investments in scientific research across stages through various innovative strategies. Using NFTs for community funding is one such strategy. It gained immense popularity in 2021 when scientists sold diverse NFTs to fund everything from genomic data collection to university research papers.

Decentralized funding for a scientific future

For centuries, purists and skeptics have underestimated a common person’s capacity to identify and fund valuable scientific research. DeSci DAOs, however, turn such prejudices on their head. Of course, they do engage domain experts wherever necessary – but by and large, they encourage optimal participation even from non-scientists.

DAOs ultimately offer a level playing field as amateur and expert scientists can compete fairly. This also inspires riskier, more potent research since the new landscape has funding for every innovation – not just for conformist endeavors. Here, biases lose their strength while genuine knowledge excels. And ultimately, DeSci paves the way for a bright, free and progressive scientific future.

Joey Poareo is a co-founder and developer at YashaDAO, a decentralized incubator accelerator fund that uses DAO governance to speed up crypto projects like Guzzler and The Science DAO. Joey has been involved in multiple companies and currently serves as chairman of the board and co-founder for The Sachiko Group. Joey is currently the CEO of The Science DAO, a decentralized think tank in which inventors, creatives and institutions can come together to foster growth and incubate emerging technology.