How GameFi Is Driving a New Wave of Blockchain Adoption

by Hikaru Kasai
in HodlX 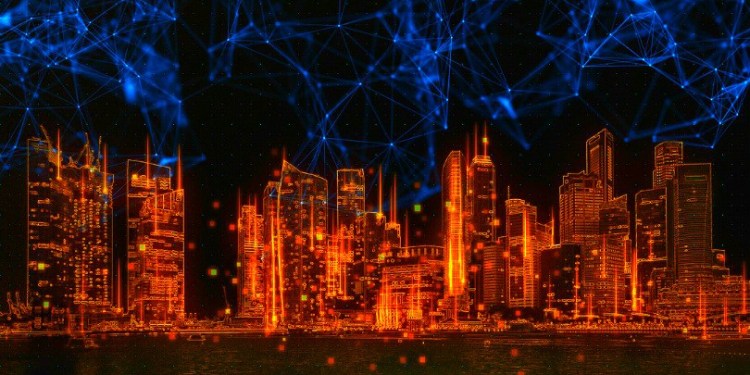 The global blockchain technology market reached $5.9 billion in 2021 and is projected to snowball at an annual growth rate of 85.9% until 2030.

Several factors can be attributed to this growth rate, including the rising interest in DeFi (decentralized finance) and non-fungible tokens (NFTs). Despite the positive forecast, these verticals still have much to deliver.

Creating real impact in the global blockchain ecosystem can be fun – and that’s exactly what the play-to-earn (P2E) paradigm is bringing to gamers around the world.

In fact, 18% of global NFT gamers aged between 18 and 34 have experienced P2E gaming. Regions in Southeast Asia, alongside India and Brazil, have the highest participation rates.

The impacts of DeFi and NFTs on P2E

The emerging field powered by DeFi and NFT technologies is enhancing attractive incentives for the GameFi ecosystem. For instance, players can earn token rewards by completing missions in a game. In most cases, the earned tokens can be traded into local currency or other digital assets.

DEXs, the pinnacle of DeFi’s core offerings, are a popular route used for token swaps. NFT marketplaces have also surged in popularity as an integral GameFi pillar.

However, as fun as it might sound, many P2E games pose high entry barriers for newcomers. For instance, many GameFi platforms require users to purchase NFTs before getting started.

These can be characters, weapons or a treasure pack. In one popular game, players had to upfront $1,100 just to begin – a hefty amount that is far above the expected budget of most gamers.

Fortunately, innovations around the fusion of DeFi and NFTs are introducing new ideas that can make P2E more accessible. For example, lending and borrowing protocols based on smart contracts allow gamers to acquire the NFTs they need with an affordable budget.

Gamers are able to pay nominal fees to borrow in-game assets, without putting up risky collateral to lenders. Instead of purchasing costly NFTs upfront, users now have the freedom to try out games by renting digital assets. If the player decides to stick around, they can opt to buy the NFT they value and continue having fun.

At the same time, players who lend out their NFTs unlock the opportunity to earn passive income with zero default risks. This is made possible through the concept of expirable NFTs. It eliminates the risk of borrower default since the rented NFT is in fact an expiring version of the actual NFT.

After a specified period, the rented NFT is automatically returned to the lender via trustless smart contracts. This allows gamers to experiment with a new P2E game for, say, two weeks – upon which the borrowed NFT is returned seamlessly to the lender. This helps to make P2E gaming a lot more attractive and perhaps economically sustainable.

Besides the tech-driven approach with NFT renting, the industry is exploring other models to help onboard newcomers into the P2E space. Case in point – community-centric gaming guilds are providing resources to players, also known as scholars, who split earnings with the guilds.

Similar to traditional scholarships, the initial resources and support are provided to the player. Guilds often provide the game assets, tools and training required for gamers to start earning. The reward split varies among specific guilds. Typical splits can be 70/30 where the gamer keeps the majority of the earnings.

Scholarships for new entrants into the P2E landscape can be a game-changer in many ways. For instance, scholars from any region or financial background can immediately start earning to level out the competitive playing field. Earned tokens or NFTs can be directly exchanged to other digital assets on Web 3.0 marketplaces or even to fiat currency.

Guilds also give back by supporting various initiatives, such as developer fund programs. These initiatives empower builders to create more innovative solutions, including games that don’t require upfront spending. Such developments have led to several GameFi variations including play-and-earn and free-to-play models.

Such dynamics have led to a boom among young to middle-aged gamers. There are cases in which a gamer achieved three times as much income compared to his normal day job.

The foundations of DeFi and NFTs have demonstrated novel growth potential for the blockchain gaming industry. New NFT renting capabilities, coupled with community guilds, are encouraging newcomers to participate with less friction. The ball is now on the industry’s court to further innovate and drive millions of new users into the GameFi space.

Hikaru Kasai is one of the co-hosts from The Human & Machine.