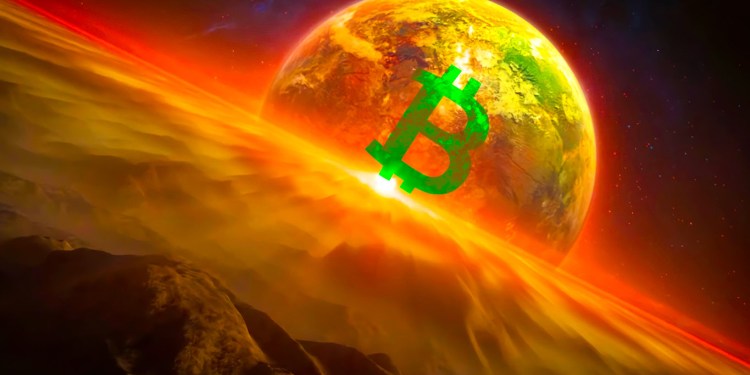 The chief investment officer of Valkyrie Investments says that the crypto asset manager is turning to flight-to-safety assets such as Bitcoin (BTC) as The Merge approaches.

In a new interview with Bloomberg Technology, Valkyrie CIO Steve McClurg says that as Ethereum (ETH) prepares to transition to a proof-of-stake consensus mechanism in September, the crypto asset manager is exiting all of its positions in the second-largest digital asset.

McClurg says Valkyrie, which has about $1 billion in assets under its management, is moving its funds to Bitcoin and other smart contract blockchains such as Avalanche (AVAX) and Zilliqa (ZIL).

“Right now Bitcoin is really the flight to safety for a lot of our funds…some of the more established proof-of-stake protocols are also a great place to be. Places like Avalanche and Zilliqa…

So we’re really moving out of anything that has too much exposure to ETH right now until we see this merge sometime in [the] middle [of] September and into some of the safer larger crypto protocols.”

McClurg says that Ethereum’s upgrade to a proof-of-stake consensus mechanism comes with tradeoffs that could pose major risks to investors.

“I don’t necessarily think a move to proof-of-stake is a great thing for Ethereum in the short run. In the long run, it might actually work out.

But the Ethereum network is actually more secure as proof-of-work. What really makes Bitcoin the most secure network is a long period of time through proof-of-work where, essentially, you have computers or validators, that are validating transactions all over the world in a decentralized manner. When you move to proof-of-stake, that really falls in the hands of a few.”

The CIO also says that Ethereum’s security after The Merge will have to prove itself before investors holding large amounts of funds on the network can feel safe.

“But in terms of [how] Ethereum goes, the security will need to be seen, how that’s going to work out. Because we really think that if you’re holding a million-dollar-plus NFT and you’re relying on the Ethereum network and it’s changing right now, that may not be a great place to be right now.”