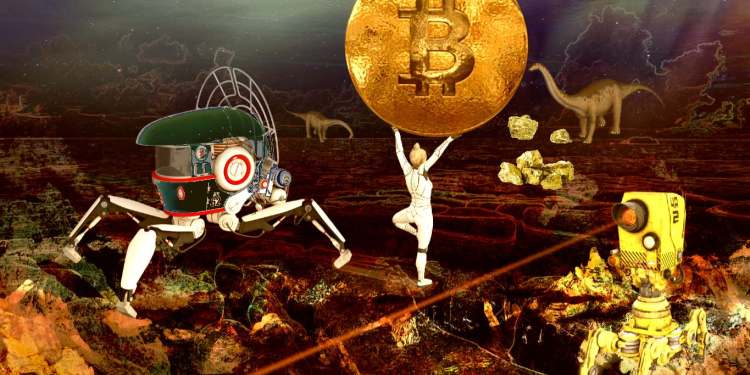 A widely followed crypto analyst says that top digital asset Bitcoin (BTC) could follow in the historical footsteps of gold and spark a massive rally.

In a new video update, host of DataDash Nicholas Merten tells his 515,000 YouTube subscribers BTC could eventually reach a price tag of six figures but notes that the king crypto has further to fall first.

“We could start to see an asset trade very similar to gold. I’m going to make the case today about how Bitcoin could very well be that asset, especially after going through a steady decline of 75% or so far, and will likely go through a decline of around 80 to 85% at bare minimum…

After that, we can have really green pastures for Bitcoin, starting [to] charter into that six-digit territory that many people have talked about since the previous bull market, towards $100,000, $200,000, you name it, as people start to lose faith in the base currency, the dollar being the world reserve currency.”

Merten says that as inflation continues to ravage the global markets, people will start to sour on fiat currencies, causing them to move their capital into Bitcoin, much like what happened in the 1970s with gold.

If there’s no stability in the dollar, there’s going to be a lot of global liquidity that’s going to want to go somewhere, and that’s exactly what happened to gold in the 70s.”