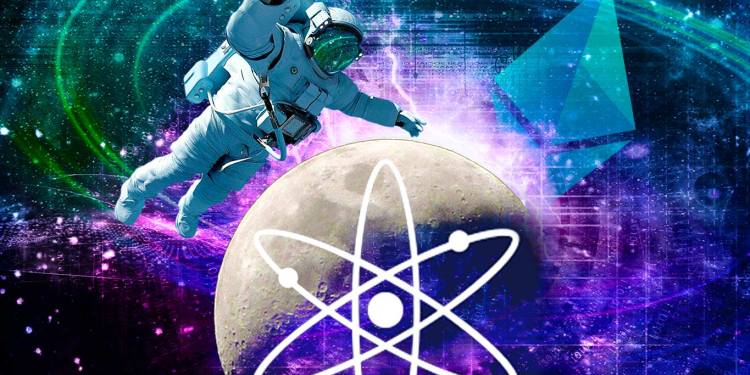 The host of popular YouTube channel Coin Bureau says that Ethereum (ETH) may help pull up the price of Cosmos (ATOM) with its highly anticipated upgrade.

In a new video update, the pseudonymous analyst known as Guy tells his 2.1 million subscribers that demand for ATOM has slumped dramatically during the bear market and currently relies on two main drivers.

“What’s even scarier though is that there isn’t much happening on the demand side of ATOM’s economic equation. As heartening as it is that the entities behind the project have apparently stopped selling, it also means that development of demand drivers has slowed…

“It appears that ATOM’s strongest demand driver these days is all the ongoing airdrops for up-and-coming Cosmos projects, including Jae Kwon’s GNO Land, which are only given to those who hold or stake ATOM in participating wallets such as Keplr wallet.

A secondary demand driver for ATOM is as a bridge currency to all the up-and-coming Cosmos ecosystems on more general use case blockchains such as Evmos and Kava, which support Ethereum smart contracts and have seen hundreds of millions of dollars in total value locked.”

The analyst says that ATOM still has the potential to thrive if its current trend continues, and if Ethereum’s long-awaited transition to proof-of-stake consensus mechanism goes smoothly.

“Now, even though ATOM appears to have limited demand drivers, they’ve been enough to push its price higher over the last few months and if this trend continues, we could see ATOM pull close to a 2x in the short to medium term.

This really depends on whether Ethereum’s upcoming transition to proof of stake later this month manages to cause a broader crypto market rally.”