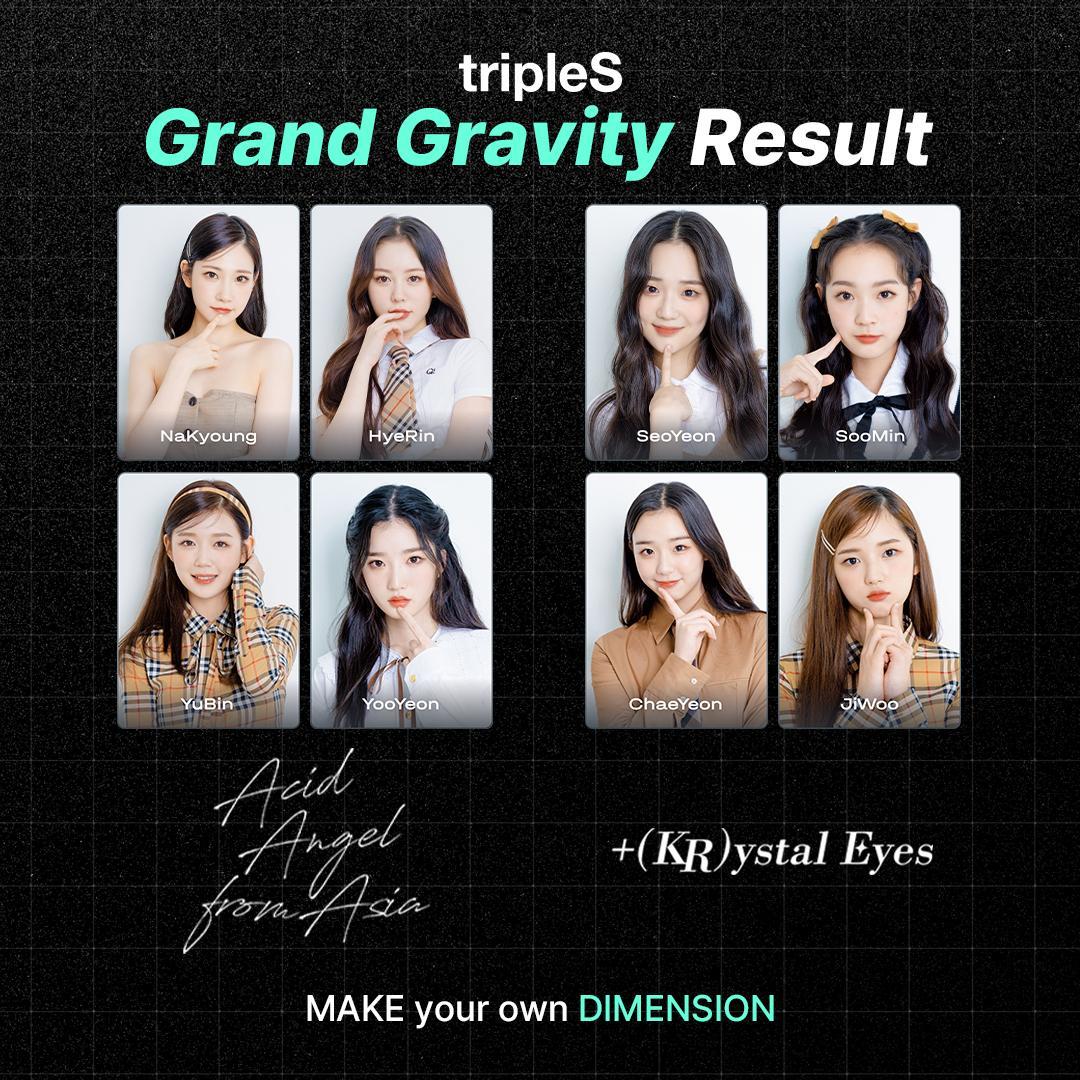 Modhaus has completed an NFT-based voting process, called Gravity, that will define the member composition of the first K-Pop group directed entirely by fans.

TripleS is the first ever K-pop group to use blockchain technology to cast votes for a real-life artist. By using blockchain technology, Modhaus hopes to give fans more power by being fully interactive with its fans. It does so by leveraging NFT governance, allowing TripleS NFT holders to choose the subgroups of TripleS and the individual members of each group from the very start.

Unlike other K-pop votes in the past, Modhaus’ voting structure is unique in that fans can participate via the purchase of TripleS NFTs. One NFT automatically generates one voting token (COMO), which enables fans to cast their vote. During this Gravity period, a total of 10,774 COMO were used.

The vote decided the composition of two sub-units, Acid Angel from Asia (AAA) and +(KR)ystal Eyes (KR). AAA represents a completely new dance style from the current K-pop genre, while KR is a more ‘traditional’ K-pop experience with dynamic sounds and flamboyant style. So far eight members have been revealed, but TripleS will eventually hold votes for 24 of them.

Modhaus is a unique project that seeks to export K-entertainment to the wider world. Following the wild success of ‘Squid Game,’ plus K-pop groups like BTS and Black Pink, Korean culture is starting to seep into mainstream Western audiences.

Modhaus wants to leverage this phenomenon to create a new way to let fans feel like a part of a community. Thanks to NFTs and blockchain technology, TripleS can be directed and formed by the community, instead of a top-down structure.

“The first Gravity was a smashing success, proving that fans are really curious to be directly involved in the fate of a group. Korean entertainment is really rich and authentic, and by revolutionizing how fans engage with it, we can really create something interesting and unique.”

Modhaus is incubated by Unopnd, a research and startup studio launched by Hashed. It focuses on exciting new ideas for the metaverse and NFTs, supporting the next phase of blockchain adoption.

Modhaus is a web 3.0 metaverse project focusing on promoting Korean pop culture to the world. By leveraging NFTs, it’s able to revolutionize how fans interact with the groups they love – by directing them from the bottom up, instead of the top down. The first group launched by Modhaus is TripleS, a 24-member collective cast by its NFT holders.

Jaden Jeong, the founder and CEO of Modhaus, has previously directed renowned groups such as LOONA, 2pm, Wondergirls, Miss A and Lovelyz. He has also proved his abilities as Korea’s top A&R expert by previously being the chief creative producer of JYP and Woolim Entertainment and Sony Music Korea’s director.

UNOPND (‘Unopened’) is a research and startup studio powered by Hashed. Focusing on exciting areas of the metaverse and NFTs, the company aims to support various startups wishing to bring blockchain to a new addressable market unlocked by recent strides in metaverse gaming. Utilizing the network and expertise of Hashed, UNOPND will be instrumental in carrying blockchain adoption forward.