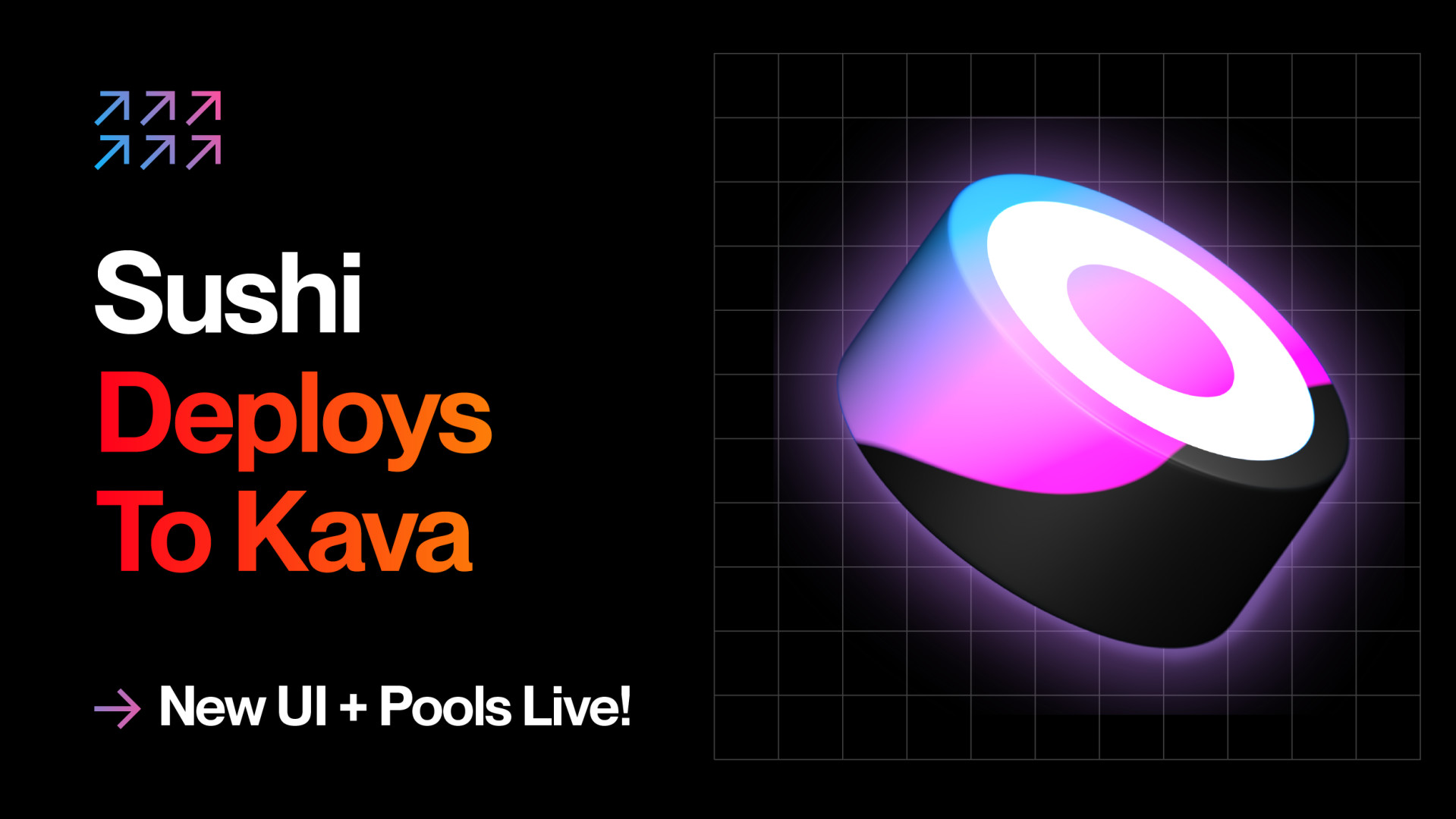 Sushi completes deployment to the Kava blockchain with a liquidity pool eligible for KAVA and SUSHI token rewards.

Earlier this year, Kava shook up the layer one industry with its Ethereum co-chain launch, sparking the fastest growth of protocols on any blockchain in 2022. Today, tier one DeFi protocol Sushi combines its deployment to Kava with an up to $7 million matching rewards plan alongside their elegantly redesigned Sushi 2.0 user interface.

Providing liquidity to Sushi’s wKAVA/USDC pool deployed to the Kava EVM will be eligible for KAVA and SUSHI token rewards. Sushi’s deployment also enables users to create new pools with other asset pairs, especially after the Kava 11 upgrade and the Ethereum bridge later this year. These actions position Sushi as the primary decentralized exchange (DEX) on the Kava EVM.

“Kava is a 100% growth-oriented blockchain fueled by the Kava Rise incentives program. Sushi has believed in this program from the start and was an early pioneer. Today, I’m excited to announce that Sushi also chose Kava to premiere a one-of-a-kind DeFi user experience. Kava aims to onboard and engage more protocols than all the other layer one networks. Kava will reach that goal with visionary partners like Sushi.”

“We are grateful to be a part of what we consider an exciting, new blockchain infrastructure. We are humbled to be included as one of the first DEXs on the Kava chain. We believe Kava’s focus on growth and connecting with all kinds of projects to help them grow through the Kava Rise program is the best approach. Unveiling our new UI at the moment of this deployment is a testament to the importance of combining our forces.”

Sushi and Kava’s partnership milestone is made possible by Kava Rise, a $750 million rewards program designed to push 10x growth on the Kava blockchain. Being a part of Kava Rise means all Sushi pools on Kava will accumulate programmatic, on-chain rewards for the Sushi protocol.

Alongside its deployment to Kava and introduction to the Kava Rise program, Sushi implements a new UI designed to improve the user experience, improving the user experience for Sushi’s most-used apps – Trident, Furo and BentoBox. All of these DApps will be accessible from the Kava EVM and eligible for accumulating Kava Rise incentives for the Sushi protocol.

Sushi is an Ethereum-based decentralized protocol that delivers a robust suite of DeFi applications. The Sushi ecosystem currently holds over $1.5 billion in total liquidity, with more than 150,000 Sushi token holders and 15,068 asset trading pairs. Users can interact with Sushi on over 20 wallets and 15 supported blockchains.

Kava is a secure, lightning fast layer one blockchain that combines the developer power of Ethereum with the speed and interoperability of Cosmos in a single scalable network.