The Ethereum Merge Is Successful – How Will It Impact Traders and the Global Crypto Market?

by Adam O'Neill
in HodlX 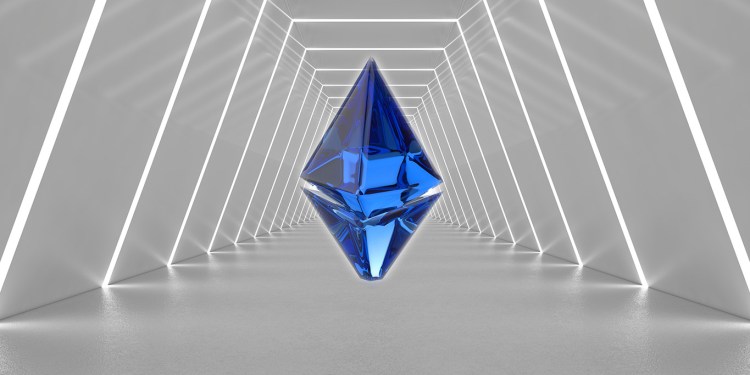 The merger will see the Ethereum blockchain reduce its carbon footprint by 99.9%, resulting in faster transactions and lower fees. So, what are the implications of this merge, and how will traders be affected?

Like most cryptocurrencies, Ethereum follows a decentralized governance system. Any decisions about the blockchain protocol now are up to the community. In early 2020, the community decided to change the blockchain’s PoW mechanism to PoS to lower energy usage and drive faster transactions.

Following the decision, the ‘Beacon Chain’ – a testing ground for the PoS mechanism – was launched on December 1, 2020. The Beacon Chain ran in conjunction with the main PoW-based Ethereum chain, and its purpose was to test the potential consequences of shifting to the PoS model.

Over 400,000 validators collectively staked over $23 in ETH on the chain. It was a success – as the Beacon Chain showed that Ethereum could sustain the PoS system.

Fast forward to September 15, 2022 – the Beacon Chain was merged into the main Ethereum chain, replacing the legacy PoW system. As the merge successfully happened, we’re now officially upgraded into Ethereum 2.0.

However, the upgrade also created a new fork of the blockchain and forked tokens – EthereumPoW or ETHW. Why was this fork created?

Although the majority voted to upgrade to the PoS system, a large part of the community still wanted to remain on the PoW model. Most of these community members are ETH miners who believe that the new upgrade will drive them out of work – because a PoS mechanism doesn’t require hardware-based mining.

The EthereumPoW fork allows them to hold onto their profits. ETHW is the new native token for this forked network.

Some of the existing ETH owners will also receive ETHW airdrops, which will be supported by some of the major crypto exchanges in the industry. These exchanges have also listed ETHW for spot trading on their platforms.

What are the benefits of the Ethereum merge

The Ethereum mainnet doesn’t only host ETH tokens but also hundreds of other cryptocurrencies known as ERC-20 tokens, including some of the most popular coins such as USDT, LINK and Wrapped Bitcoin. These tokens will now leverage the PoS model, and traders will enjoy lower transaction fees.

The Ethereum blockchain also hosts NFTs (non-fungible tokens). So, NFT transaction fees will also decline. The most significant benefit of the merge is that energy waste from the crypto industry will significantly decrease.

We are currently entering a critical global energy crisis. So, an energy-friendly PoS system will definitely attract more new users.

Following the upgrade, Ethereum has also announced plans for sharding and purging, decreasing the total ETH supply in the long run, making the altcoin more profitable for long-term holders. Bitcoin is often dubbed as ‘digital gold’ due to its constrained supply. We may see the same apply to Ether shortly.

It might also have a very positive impact on the market. As the merge has been successful, Bitcoin remains the only top-tier coin to use the PoW model. This shows that the crypto industry has matured technologically, legally and ideologically.

More users will now be interested in holding their assets long-term, which means less liquidation and less volatility in the long run. Furthermore, the prospect of becoming a validator will engage users to increase their crypto assets.

According to its founder Vitalik Buterin, there is a multi-year roadmap ahead for Ethereum following the merge. The next big step of the upgrade is called ‘the surge,’ which will see the network shared into smaller blocks to drive scalability and increase the speed of transactions.

What are the risks of Ethereum 2.0

No innovation comes without risks or challenges. Migrating to a PoS model means that only the fortified ‘rich’ can potentially become a validator.

In Ethereum, validators are required to deposit at least 32 ETH. Thus, there is a risk that wealthy whales will replace conventional miners, which is contrary to the idea of decentralization.

There are also risks of negative funding. Traders can potentially buy ETH on the spot markets and receive airdropped ETHW from time to time. Because of this, some traders may enter excess short positions in perpetual and futures contracts, triggering negative funding.

It’s also important to understand that PoS validators are new and much less experienced than miners. So, we might see some glitches pop-up across the network from time to time.

Overall, the Ethereum merge is a monumental step for the entire crypto industry. Although there are risks, the potential economic benefits of this upgrade are significant. Only time will tell if this potential is fulfilled.

Adam O’Neill is the chief marketing officer at Bitrue, a veteran of Asia’s tech sector.