USDC Will Integrate With Decentralized Social To Bring Web 3.0 to the Masses 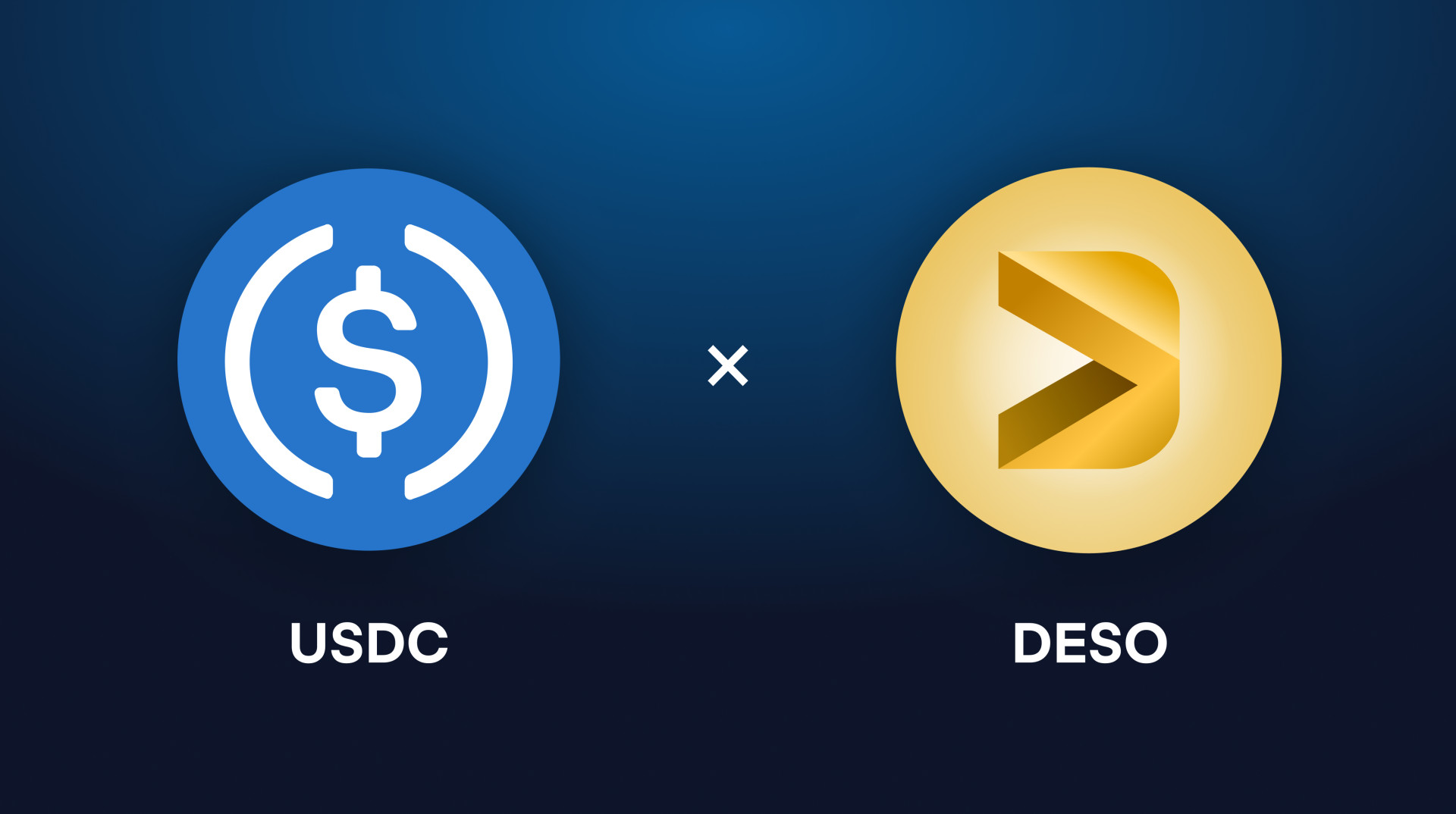 A USDC integration with DeSo – a new blockchain that has raised $200 million from Coinbase, Sequoia and Andreessen Horowitz – is launching next week.

The integration gives DeSo a financial bridge to millions of Ethereum users and DApps, giving them one-click access to end-to-end encrypted on-chain messaging and a full ‘Twitter-like’ feature set. The integration paves the way for DeSo to become a cross-chain social layer for all of Web 3.0.

Today, social media is controlled by a handful of private corporations – but that could soon change as blockchains like DeSo begin to onboard millions of Ethereum users from DeFi apps into social apps.

As one of the industry’s first illustrations of this, a USDC integration with the DeSo blockchain, backed by Coinbase, Sequoia, Andreessen Horowitz and others, effectively gives any Ethereum user access to a full-fledged decentralized social network.

The integration will allow millions of existing MetaMask and Ethereum users to onboard onto decentralized social apps with USDC and message one another using gas-less, end-to-end encrypted on-chain messages powered by DeSo.

But that’s not all – these Ethereum users also gain access to gas-less profile creation, gas-less posting, gas-less following of other users with a fully-decentralized on-chain follow graph and much more.

The onboarding process is simple. Users can deposit USDC from MetaMask onto DeSo apps and receive a DeSo-native stablecoin called DesoDollar. Once onboarded with USDC, all stablecoin transactions become virtually gas-less, costing less than one ten-thousandth of a cent.

This financial bridge from Ethereum to DeSo will also allow developers to build Web 3.0 social apps for the first time.

“Existing blockchains cannot store content efficiently. It costs about $50 to store a 200-character Tweet on Ethereum, and about 15 cents to store it on Solana, Avalanche or Polygon. In contrast, DeSo is one ten-thousandth of a cent, making it the first blockchain capable of disrupting storage-heavy applications like social.”

Although DeSo currently only supports USDC via Ethereum, DeSo also plans to integrate with other stablecoin ecosystems like Solana in the future as well.

“It’s not our goal to be tied to a single chain. DeSo is a cross-chain solution that allows people to connect with each other no matter what ecosystem they’re a part of. DeSo is the unified social layer for all of Web 3.0.”

This is the latest in a recent string of successes for DeSo. The platform listed on Coinbase earlier this year, announced a groundbreaking MetaMask integration last week that has caused a significant price surge, and many new social apps like Diamond, a Web 3.0 social network built on DeSo, have launched and are growing rapidly with a recent surge in user numbers.

In a world where many are dissatisfied with traditional social media, USDC and DeSo offer a decentralized solution that can finally compete with Web 2.0 juggernauts.

“DeSo is the first and only blockchain that allows developers to build social apps where you can’t even tell you’re on a blockchain. That means, for the first time, we have a shot at finally expanding Web 3.0 from disrupting finance to disrupting the trillion-dollar social media industry.”

DeSo is a new layer one blockchain built from the ground up to decentralize social media and scale storage-heavy applications to billions of users. They raised $200 million and are backed by Sequoia, Andreessen Horowitz and several others.

DESO, the native currency of the DeSo blockchain, is listed on Coinbase.

For more information about DeSo and username claiming, visit the website.