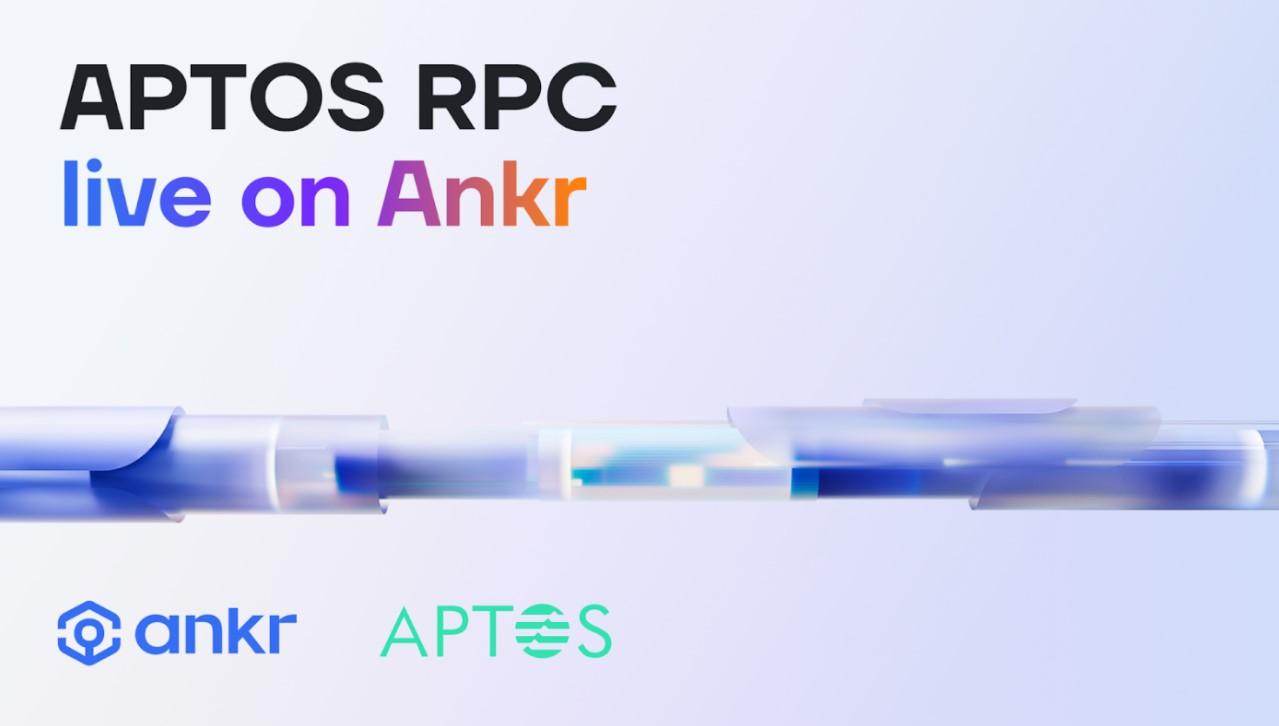 Ankr, one of the world’s leading Web 3.0 infrastructure providers, today announces that it has become one of the first RPC (remote procedure call) providers to Aptos, a safe and scalable layer one blockchain.

Developers can now access Aptos’ testnet community and premium RPCs, make request calls and receive information returns that mirror the results they would get by running an Aptos full node by themselves.

The partnership will enable developers to build safe, scalable and upgradable DApps on top of the Aptos blockchain.

Following this partnership, Ankr is now an RPC provider to 19 blockchains including Ethereum, BNB Chain, Solana, Polygon and Avalanche. An RPC enables various applications to interact with the blockchain.

“Ankr is excited to be an early supporter of Aptos with an RPC that now makes it easy for all developers to start building on the ecosystem. This is just the beginning of Ankr’s products for the blockchain that will doubtlessly attract more demand ahead of the much-anticipated mainnet launch.”

Once the Aptos mainnet is live, Ankr will add support for it with additional docs, features and tools to help Web 3.0 developers streamline building.

Aptos is the highly anticipated network that will bring new tech and scalability benefits to Web 3.0. Developers building on the Aptos testnet have witnessed over 160,000 TPS (transactions per second), thanks to promising upgrades like their parallel execution engine, Block-STM.

It acts as a messenger or blockchain router that relays on-chain information between Aptos nodes, DApps and ultimately end-users so they can execute necessary tasks like transactions, populate wallet balances, fetch ownership information and more.

To strengthen the global Aptos network, Ankr is providing a geo-distributed and decentralized Aptos RPC composed of many independent blockchain nodes running worldwide for low-latency and reliable connections.

Developers can make their first call to Aptos using Ankr’s RPC Service now. They can use the endpoint to call the Aptos chain using the standard EVM JSON RPC methods.

Aptos is a safe and scalable layer one blockchain founded by Meta alumni. It is backed by a16z, FTX Ventures, PayPal Ventures, Coinbase Ventures, Binance Labs and other leading investors.

With its mainnet launch on the horizon, Aptos promises to be a faster, more scalable and more secure blockchain than its existing competitors, thanks to its advanced programming language called ‘Move.’

The Move language and resource model solves many performance and security issues found in most other layer one protocols.

For more information, visit the following.

Ankr is building the future of decentralized Web 3.0 infrastructure, servicing over 50 proof-of-stake chains with an industry-leading global node delivery system and RPC aggregator.

Ankr currently serves over two trillion transactions per year across Web 3.0 and is the leading infrastructure provider for BSC, Fantom and Polygon chains as of 2022.