by Alex Richardson
in Altcoins, Ethereum, Ripple and XRP 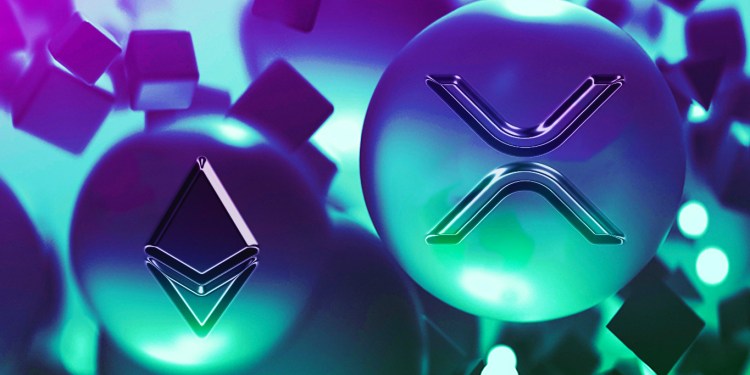 Developers have begun testing a new sidechain on the XRP Ledger (XRPL) that make the blockchain compatible with the Ethereum network.

In a blog post from RippleX, a community of XRPL developers, the firm says that blockchain development company Peersyst Technology is currently testing an Ethereum Virtual Machine (EVM) compatible sidechain for XRPL.

The project aims to allow Ethereum (ETH) developers, who are used to Solidity, the main programming language for writing smart contracts on Ethereum, to access and build on the XRPL network.

“Many crypto developers today choose to build on Ethereum or EVM-compatible chains because of the popularity of Solidity for programming smart contracts and a robust ecosystem of available developer tools and dApps (decentralized applications). On the other hand, the XRPL appeals to developers because of its speed, low cost, sustainability and other features.

However, making the XRP Ledger EVM-compatible could undermine its efficiency, scalability and security. So, instead of forcing developers to choose between chains, Peersyst and Ripple partnered to create an EVM sidechain connected to the main XRPL.”

According to RippleX, the project will conclude with a permissionless EVM sidechain and bridge available on the XRPL Mainnet slated to follow.

“We can now unlock the full potential of decentralized finance (DeFi) in XRPL. A new world of possibilities is unlocked for XRP thanks to the sidechain with EVM. The EVM sidechain uses XRP as its native token. You don’t need any other currency to access it. Built with the powerful Tendermint protocol, and carefully customized for the XRP Ledger, it allows to achieve around 1,000 transactions per second using the Ethereum Virtual Machine.”

According to the firm, the sidechain and its bridge will allow for seamless movement of crypto assets between XUMM Wallet and MetaMask, the benchmark wallets for XRP and Ethereum, respectively.

The sidechain is currently live on the XRPL Devnet, and developers are aiming for deployment on the mainnet by second quarter of 2023.