by Jamie Thomson
in HodlX 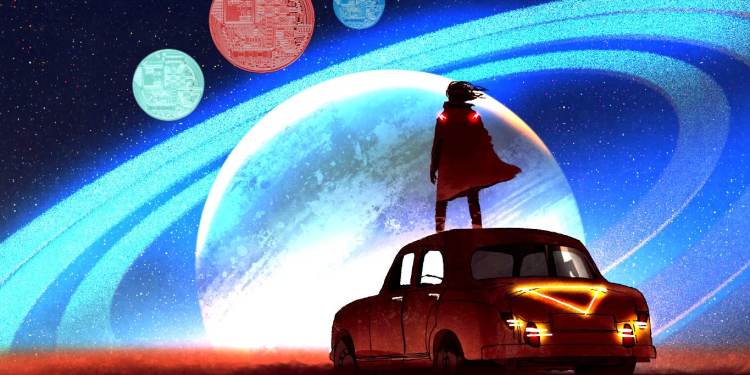 You may think that venture capitalists only invest in low-risk projects with a long history and a proven track record. The statement, “They would never invest in NFT games or metaverse initiatives,” no longer holds true.

According to DappRadar’s most recent BGA Games Report, venture capital investment in NFT games has reached $1.3 billion – though this is not yet a final result. But what makes NFT (non-fungible tokens) games worth billions of dollars?

In this article, I’ll discuss five reasons why venture capital firms believe in the industry’s future.

To begin with, even though venture funds have significant potential resources, it’s a mistake to believe they’re willing to back unrealistic or too risky ideas. Profits are the primary goal of venture funds, as they are in any business.

So, if they invest in NFT gaming initiatives, their long-term polls, interviews and research have proven that this concept can bring them money. They used these tools to forecast how the demand for NFT gaming would evolve over time.

According to BlueWeave, a reputable consulting firm, the global NFT market has the potential to grow at an impressive CAGR (compound annual growth rate) of 23.9% between 2022 and 2028, reaching a market size of $19.57 billion.

At the same time, ultra-optimistic reports, such as one from Verified Market Research, predict that the market will reach $231 billion by 2030. It is a compelling reason for venture capital firms to invest now.

They see the utility and real-world value in gaming

Venture capitalists are looking for innovative and outstanding ideas. However, venture capital firms still want these bright ideas to meet some criteria and most importantly to be practical or implementable in the real world.

What does it mean? It means the monetary rewards that users, for example, gain in a game can be converted to other currencies and used as payment – or the land that players create can be purchased or exchanged.

In other words, the opportunities aren’t limited to the game space and expand beyond it. The logic is simple –if something has real value, it is less likely to disappear one day because it is not dependent on a single game.

They believe in NFT

After the NFT market crashed, many people began to believe that the technology was too young to be taken seriously or nothing more than a passing fad. However, venture capitalists do not share this viewpoint.

They examined various successful NFT cases in real estate, gaming, digital art, etc. They even see the example of Romania, an Eastern European country, where the government is developing an institutional NFT marketplace.

By allowing people to mint their official state documents and cards on the blockchain as non-fungible tokens, the Romanian government hopes to significantly reduce the bureaucracy required to replace or update these documents. Why shouldn’t they if a country trusts the technology?

They want to profit from the current market conditions

Statistics show that, despite the boom, in 2021, the number of investments was significantly lower than this year, even during the market collapse. A bear market is ideal for venture capitalists because the purge eliminates the majority of scam projects. Initiatives that lack strategy are no longer supported by hype.

Venture capital firms understand that if a project survives difficult market conditions, it has a good chance of becoming a hit when the bull cycle resumes. They know that if they invest in NFT games during a bear market, the uptrend will bring them huge profits.

Because big brands do

Consider the number and scale of companies pumping money into NFT initiatives. It’s enough to name a few example – Facebook, Visa and Samsung. In September, Meta announced that users in over 100 countries would be able to share digital collectibles on Facebook and Instagram.

In March, Visa launched an NFT creator program to bring small businesses into the digital economy. In May, Samsung introduced the Samsung NFT platform, allowing people to enjoy their favorite NFTs on their TV screens.

Of course, there are still concerns to be addressed, such as volatility and the threat of cyberattacks. However, the presence of venture capital firms and reputable institutions in the space indicates that the NFT market’s best days are yet to come.

I know that the more creative opportunities users have and the more secure they feel when playing NFT games, the sooner mass adoption will occur.

Jamie Thomson is the CEO of Vulcan Forged.