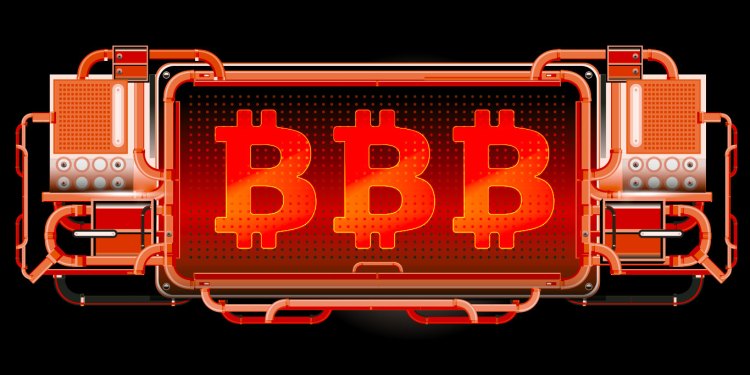 The popular analyst who nailed Bitcoin’s (BTC) collapse in May 2021 thinks the king crypto could be on the verge of a massive breakout.

Pseudonymous trader Dave the Wave tells his 129,500 Twitter followers that Bitcoin could be in the midst of a huge trend shift as the king crypto goes through increasing maturation.

According to the crypto strategist, Bitcoin’s tendency to go through boom-and-bust cycles in a four-year span may be coming to an end. Dave the Wave says BTC may now be moving to a trend where Bitcoin experiences mini-parabolic rallies as opposed to igniting meteoric ascents as it did in the past.

“Naturally, we desire a narrative… but remember, increasing maturation of the BTC market may well make multi-year cycle theory redundant [whether four-year or lengthening].

What if another mini parabolic breakout in an increasingly ‘irregular’ market?”

According to Dave the Wave, the change in Bitcoin’s behavior would largely be influenced by the willingness of speculators to bet big on BTC. He predicts that speculators will eventually shy away from making massive BTC trades as the king crypto matures as an asset.

“As speculative episodes become more frequent, so too might they become a little more restrained in their magnitude. In the aggregate, the volatility will reduce – what could be considered in this ‘cycle’ as increasing intra-cyclical volatility, as relative to the previous cycle may also be read as a breaking up of that grand cycle altogether. In contrast to this, the current ‘cycle’ could also be considered a transition of sorts – a lengthened cycle with increased intra-volatility morphing into what comes later – something messier and defying the notion of grand cycles altogether.

In this scenario, mini parabolas, of the sort seen recently, would supplant the cycle, with those mini parabolas/ manias [speculative episodes] themselves reducing in volatility. And herein would lie the road to price discovery, which is also price stabilization, mass adoption and a nascent currency full capitalized along the lines of gold.”

Looking at Dave the Wave’s chart above, he predicts the potential start of a mini parabolic episode for Bitcoin on December 12th just as the weekly logarithmic moving average convergence divergence (LMACD) indicator crosses upwards – similar to what took place in April 2019 when Bitcoin rallied from around $5,000 to $14,000 in about two months.

The LMACD indicator is designed to reveal changes in an asset’s trend, strength and momentum.