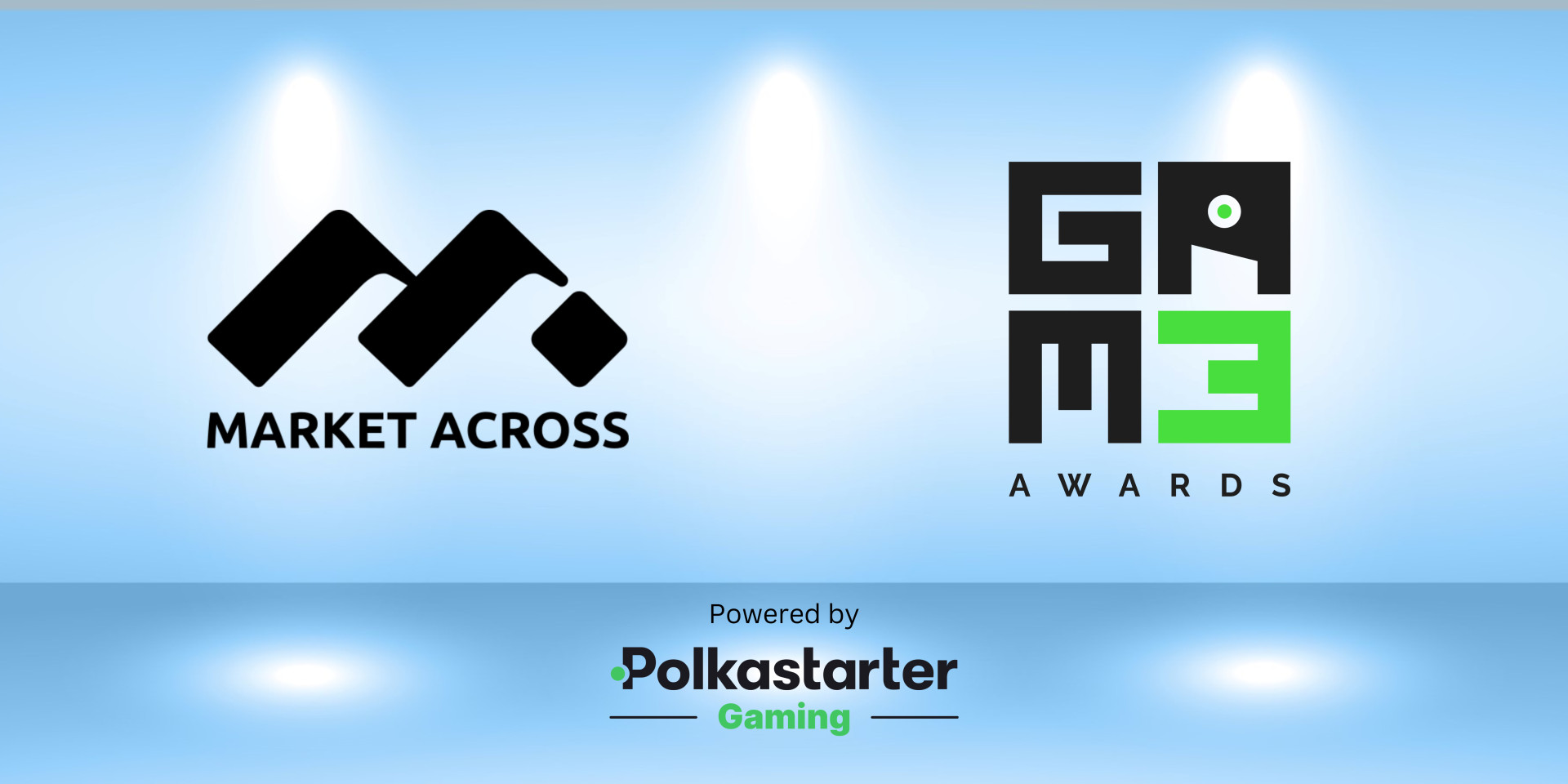 Echoing the rapid growth of blockchain-based gaming and rising investment inflows, Polkastarter will be hosting the first-ever GAM3 Awards to showcase the industry’s progress in constructing engaging, entertaining Web 3.0 games.

To handle the award show’s coverage, publicity and promotion, MarketAcross is collaborating with Polkastarter and other leading industry participants as the event’s official media partner.

Slated for a Twitch broadcast on December 15, 2022, the GAM3 Awards are designed to highlight the best Web 3.0 games delivering a fun and engaging experience for players instead of concentrating on token economies and gamification typical of blockchain gaming titles.

The event’s judges will evaluate over 200 Web 3.0 games across 16 categories before doling out $300,000 in prizes to the winning teams. Prizes are sponsored by a consortium of crypto’s biggest names, including the Blockchain Game Alliance, Immutable X, Machinations and Ultra, among others.

Besides its role as the official event media partner, MarketAcross managing partner Itai Elizur will be serving as a judge on the awards panel.

He will join over 30 other industry creators, investors and experts who command extensive experience across both the Web 2.0 and Web 3.0 gaming landscapes to evaluate the nominated projects based on the quality of their gaming experiences before voting for the winners.

The community and studios will also participate in selecting winners in award categories such as ‘people’s choice,’ ‘games choice’ and ‘best content creator.’

“The success of Web 3.0 gaming ultimately depends on competing with AAA gaming titles to attract and engage a broader gamer audience. We truly appreciate the approach the GAM3 Awards embodies basing awards on gameplay instead of tokenomics.

“While many play-to-earn titles are entering the space, we argue that any Web 3.0 gaming triumph will be the function of great storylines, stunning graphics and engaging gameplay, which is why this event’s core philosophy is so indispensable.”

“We called it the ‘GAME’ awards, with a ‘three,’ to keep the focus on the actual games themselves – get rid of the Web 3.0 jargon and negative connotation, while still paying tribute to the underlying Web 3.0 tech that we believe will help shape the future of gaming.

“The GAM3 Awards is set to highlight the high quality of Web 3.0 games in the space and showcase the true potential of blockchain technology integration, without jeopardizing the quality of the games themselves.”

Through its ongoing efforts, MarketAcross has collaborated with the industry’s leading exchanges and blockchains, including Binance, Polkadot, Polygon and Solana.

In addition to helping clients advance their missions through awareness campaigns, MarketAcross positions clients in front of relevant cryptocurrency and blockchain audiences worldwide.

GAM3 Awards 2022 is the inaugural edition of the annual Web 3.0 gaming awards, hosted by Polkastarter Gaming – Polkastarter’s first step at reimagining the future of blockchain gaming – which has grown to a community of over 70,000 gamers across the globe.

The awards celebrate the highest quality Web 3.0 games, with the event boasting industry leaders, ecosystems and media outlets, and rewards the top games developers and content creators with monetary prizes and services valued at over $300,000.