The Bear Market Is a Promising Time for Web 3.0 Startups – Here Is Why

by Alex Onufriychuk
in HodlX 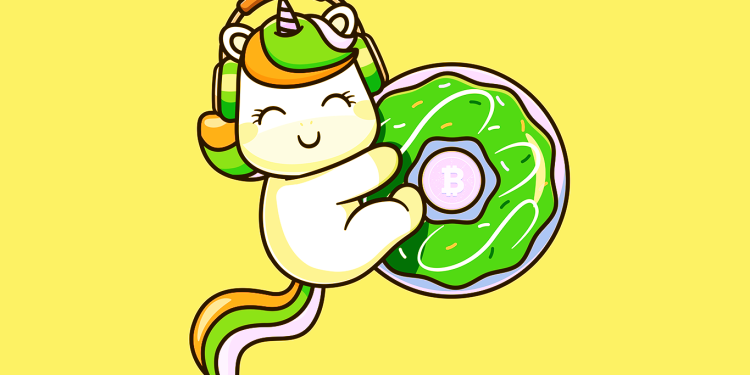 Calling 2022 a challenging year for the crypto space would be an understatement. Rising inflation, record-high interest rates, and full-scale meltdowns such as Terra Luna have shaken the confidence of both retail and institutional investors.

As a result, many entrepreneurs and businesses may think twice before following through with plans to launch or further develop Web 3.0 projects. This article will explain why builders who have quality ideas and the willingness to adapt should embrace the opportunity to launch and build in a bear market.

First, it is useful to compare the current bearish cycle to the last one, which occurred back in 2018. DappRadar recently published this blog post, which seeks to compare and contrast the circumstances surrounding each protracted downturn.

The crypto world saw a surge in ICOs (initial coin offerings) in 2017, which led to the market becoming flooded with numerous startups that used cryptocurrency in order to fund their ideas.

Nearly any idea that included the words ‘blockchain’ or ‘crypto’ found itself able to raise large sums, drawing comparisons to the ‘dot com’ bubble’s use of the term ‘internet’ in the late 90s.

The ICO craze led to a large number of poorly planned (and sometimes outright fraudulent) projects, raising millions of dollars with little more than a whitepaper and a roadmap. In many cases, these roadmaps were never completed. Approximately 90% of ICO-era projects failed within six months of their launch.

In 2018, the disillusionment felt by people witnessing the rapid failure of these startups combined with several other factors to create a drastic drop in crypto prices across the board.

The emergence of Bitcoin futures increased interest in shorting, exchange hacks such as CoinCheck led to massive amounts of Bitcoin, Ethereum and other altcoins being sold off and China announced their intention to place an outright ban on cryptocurrencies.

Despite these challenges, a small number of the ICOs and startups established in 2017 continued building innovative new products while responsibly managing their resources in order to survive the ‘crypto winter.’

Many of these projects are still in existence today, with some becoming prominent names in the industry. Some notable examples include BNB, Polkadot, Solana and Avalanche.

In addition, other projects which began their existence in the bear market went on to establish important new sectors, including blockchain gaming, NFTs and metaverse.

The overall growth in the industry can be readily seen in the global cryptocurrency market cap. At the peak of the 2017 bull market, the combined valuation of all crypto projects came in at around $820 billion. Today, even after a year-long slump, the market is still valued at more than $900 billion.

The lesson we can learn from history is that some of the projects launching during this bear market will ultimately emerge as success stories that help shape the future of the cryptocurrency space.

In this way, 2018 and 2022 will prove to be very similar. However, it is also important to acknowledge some of the significant differences between the two periods.

In 2018, the only widely used smart contract platform was Ethereum. While projects like Cardano and Polygon had launched ERC-20 tokens, they had yet to deliver working platforms.

In 2022, the landscape looks very different. We live in a ‘multi-chain’ reality, with multiple layer one and layer two technologies vying for market share. This expanded backdrop provides new projects with more choices to choose a platform whose technological capabilities match their specific use case.

The growth of the retail user base

According to block explorer data from Blockchain.com, the number of Bitcoin wallets has quadrupled since January 2018. Bitcoin wallets are not a direct measure of smart contract activity and Web 3.0 but they provide an excellent snapshot of crypto adoption as a whole.

While users and interest wane over the course of a bear market, the overall trend is clear – crypto is slowly but surely accumulating more users.

In 2018, talk had begun in earnest about ‘institutional investment’ finding its way into the crypto space. During the last bull market, this speculation became a reality as venture capital investment into both new and existing crypto projects exploded.

While recent data suggests that VC investment is slowing, the first half of 2022 was absolutely massive, with over $14.2 billion invested. Even amid a slowdown in the second half, new funds like Blocktower Capital are establishing themselves in order to take advantage of the lower prices offered by the bear market.

What is clear is that institutional investors are here, and here to stay.

How to enter the market successfully

While launching a new Web 3.0 venture in the middle of a crypto winter offers the greatest possible reward, it also carries with it a large amount of risk. Just as in 2018, projects that prepare and plan poorly may not last long enough in order to weather the storm.

Here is a list of guidelines that can help entrepreneurs give their startups the best chance of success.

In a bear market, having an innovative idea is more important than ever. Both retail and institutional investors are exercising caution and being more selective about the projects that they want to support.

However, this caution also comes with a positive side effect – the current market has far fewer speculators who are only interested in making a quick profit. This environment is conducive to building lasting relationships with investors, which ties in closely to the next point.

While community is important in every market condition, it becomes absolutely essential to building a foundation during tough times. Plan to keep your supporters engaged with various promotions and offer them a chance to take part in the decision-making process.

Regular communication between core members of the team in the form of AMAs (ask me anything) and informal interactions can keep your community feeling connected to the project and give them the patience to stick with you throughout the bear market.

The most common reason projects fail during downturns is running out of capital. Nowhere was this more apparent than in 2018 and 2019, when a number of projects folded despite raising tens of millions of dollars.

The projects that survive are the ones that use solid financial planning principles and treat their crypto startup like an actual business.

Now is the time to build

While the bear market is no place for gimmicky ‘fly-by-night’ projects that rely on simple code forks and gimmicks, it gives legitimate projects the chance to build their business network while perfecting their products.

If you have a solid idea, sound business principles and the willingness to build a community, now is the right time to start.

Alex Onufriychuk is the head of growth of Corite, a blockchain-based music crowdfunding platform.