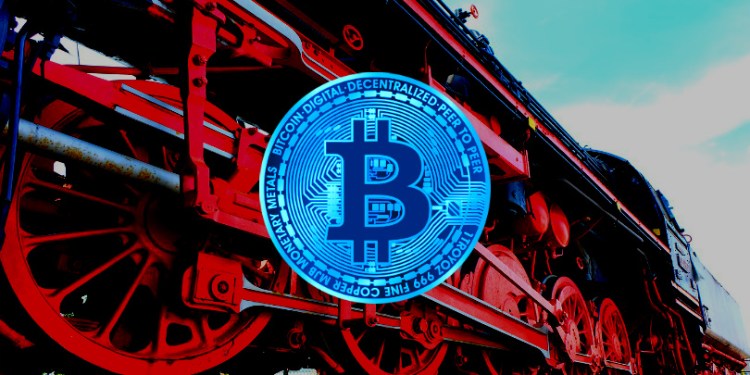 Analysts labeling Bitcoin’s halving as a key catalyst are creating much ado about nothing, according to Bloomberg Markets.

In the magazine’s latest newsletter, editor Joe Weisenthal says the event, which will lower the amount of Bitcoin that miners earn and reduce the new supply entering the market by 50%, is being widely misread by the crypto community.

A number of crypto analysts say past price action suggests the event is strongly correlated to a rise in the price of the leading cryptocurrency.

“In May of 2020, the volume of new Bitcoin creation will be cut in half, and the theory (hope?) is that with the diminished supply, the price will shoot up. You know, supply and demand and all that.

Of course anyone who believes in even the weakest version of efficient markets would think this is nonsense. Markets move on surprises and unknown events, whereas the Bitcoin supply schedule is transparent for the world to see.”

Analyst PlanB rose to prominence this year using Bitcoin’s stock-to-flow ratio. He says the metric, which calculates the amount of a commodity’s total supply divided by the amount produced annually, shows a strong link between the halving and Bitcoin’s price.

Getting some questions about why in previous halvings (November 2012 and July 2016) it took well over a year for the market to start surging..

Well, it didn't .. look for yourself: in the chart the halving is when blue turns to red: the market immediately rises after a halving? pic.twitter.com/geL71dJOV7

Weisenthal, however, says the signal could actually end up causing BTC’s price to fall further, if disappointed traders decide to sell due to the price not moving as anticipated.

“Moreover, the fact that there will only ever be 21 million coins period is extremely well known, even among nocoiners. Nothing which is so telegraphed could make a difference to the price, yet prominent people in the community believe it’s not priced in…

If a key bull plank is refuted, it’s easy to see that leading to sadness and selling. What many people see as a bullish catalyst could end up being a bearish one.”

Bitcoin’s halvings happen every four years on average, and the next one is currently set for May 14th of next year.