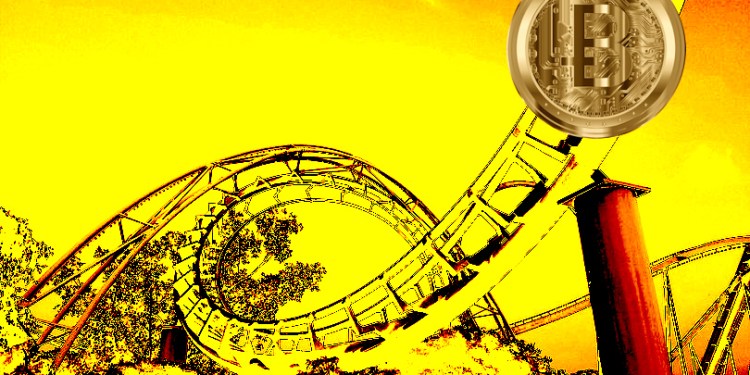 From a defense of one of the most talked-about Bitcoin predictions of the year to new support for XRP and Stellar Lumens, here’s a look at some of the stories breaking in the world of crypto.

A crypto analyst who burst onto the scene in 2019 is defending the stock-to-flow model that he says indicates BTC will eventually break $1 million.

PlanB, whose analysis made it all the way to CNBC this year, says the model doesn’t just show a high correlation between Bitcoin’s stock-to-flow ratio and its price.

He says it shows the two are cointegrated, which implies that the relationship is especially strong, as if the ratio and price are tethered to one another.

ICYMI: the very high correlation between stock-to-flow and #bitcoin price is NOT spurious … because S2F and btc price are co-integrated ?..? pic.twitter.com/xU9NwmGUUW

PlanB describes cointegration using an analogy of a drunk walking his dog along a path.

“The drunk wanders in a sort of random fashion and the dog has to go with him because he’s on the leash. But sometimes [the dog] will be on the right, sometimes he will be on the left. But he cannot go further than the leash. So you don’t know where the dog and the drunk are going, but you know that they stay together.

In this case, it’s even more interesting because we know that the stock-to-flow isn’t wandering like a drunk. [Bitcoin’s supply] is predetermined. So for prediction purposes, this is almost too good to be true.”

Stock-to-flow tracks an asset’s supply divided by the amount produced per year. According to PlanB, the ratio closely follows Bitcoin’s past price movements and suggests BTC will reach $1,000,000 sometime after 2025.

But his analysis has plenty of critics, including economist and crypto analyst Alex Krüger, who calls the method “massively over-hyped.”

The software as a service company Quantoz says it now supports XRP and Stellar Lumens (XLM).

The Netherlands-based blockchain tech company says XRP and XLM are supported on the latest version of its protocol Nexus, which is designed to help companies manage crypto assets and integrate public and private blockchain infrastructures into their business.

“You can manage tokens like digital currencies and assets without technical knowledge of digital wallets, crypto trading or handling.

Litecoin Foundation director Franklyn Richards says the network appears to be under another dusting attack.

He points to active address spikes as an indicator that something is amiss.

“On average the network typically sees around 40,000 active addresses per day, however according to data from bitinfocharts, every 7 days this value is spiking to over 70,000 before abruptly dropping back down. This has resulted in an almost sawtooth like pattern that’s pretty evident given a cursory glance.”

Dusting attacks involve hackers and scammers sending minuscule amounts of a cryptocurrency (dust) to a large number of personal wallets in an attempt to break the privacy of wallet-holders.

A similar attempt hit the Litecoin network back in August.